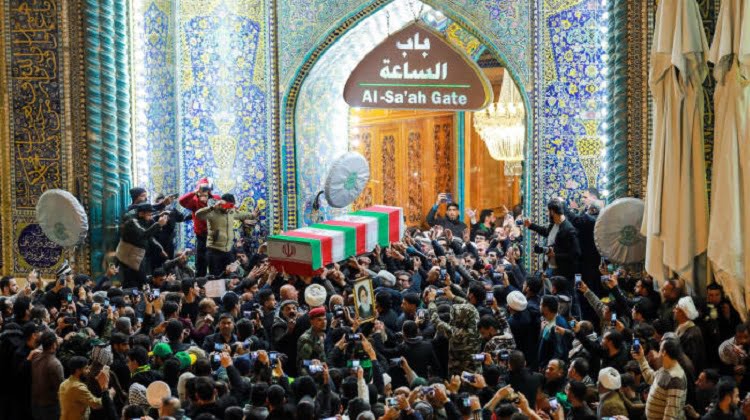 Donald Trump warned Iran the US had identified 52 targets that it would “hit very fast and very hard” if Tehran retaliated over the assassination of its top military commander, Qassem Soleimani.

“We have . . . targeted 52 Iranian sites (representing the 52 American hostages taken by Iran many years ago), some at a very high level & important to Iran & the Iranian culture, and those targets, and Iran itself, WILL BE HIT VERY FAST AND VERY HARD. The USA wants no more threats!”, the US president said in a tweet on Saturday night.

Hassan Rouhani, Iran’s president, on Saturday drew parallels between the killing of Soleimani, who controlled Tehran’s extensive influence across the Middle East from Lebanon to Iraq, Syria and Yemen through the Revolutionary Guard’s Quds Force, and the US-engineered coup that reinstated the Shah in 1953, vowing “tough revenge” and warning that Iran’s response would be long and drawn out.

Major General Hossein Salami, the leader of Iran’s Revolutionary Guard, said on Saturday that the country would adopt “strategic revenge” to “put an end to the US presence in the region”. He said the assassination of Soleimani in a US drone strike on Friday helped to “create a new energy over an expansive geography” by which various Islamic groups would “act spontaneously . . . and determined to take revenge . . . over time and with lasting impacts”.

Abdolrahim Mousavi, Iran’s top army commander, said on Sunday that if the US ever dared to confront the Islamic republic, “then they would know where these figures of five and two belong to”.

The Trump administration insists it killed Soleimani to thwart imminent threats to US personnel in the region and has worked hard to convince allies that it does not want to trigger war.

Josep Borrell, the EU’s top diplomat, spoke to Mohammad Javad Zarif, Iran’s foreign minister, over the weekend and called for de-escalation and continued efforts to save the 2015 nuclear agreement Tehran signed with world powers.