BREAKING NEWS
GMT+2 06:31
Home IRGC Electors of Iran’s next leader cannot even protect themselves against IRGC 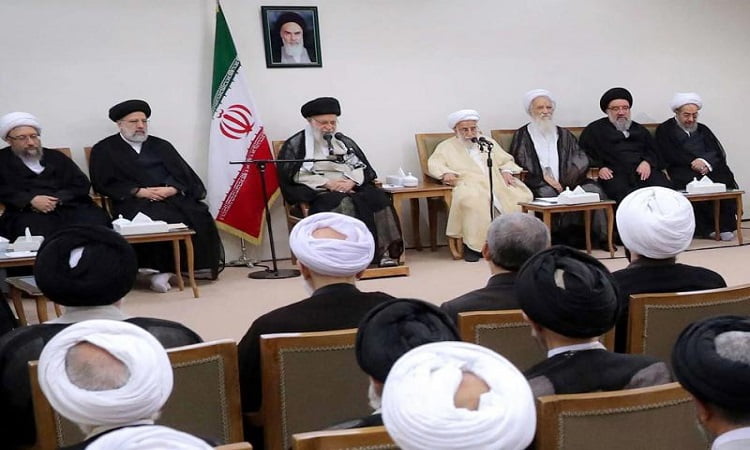 Posted By: on: November 14, 2019In: IRGC, Revolutionary, Slider
Print Email
Remarkably, the Assembly of Experts has not engaged in any effort to protect its own member, whose only sin appears to be his fight against the corrupt system.

Under extreme economic pressure from the United States and on the brink of war with Saudi Arabia, Iran is also facing a succession crisis: Who will replace octogenarian Ayatollah Ali Khamenei as supreme leader and who gets to elect that leader?

On the surface, the answer to the first question is fairly clear: The 88-member Assembly of Experts is constitutionally mandated to designate and dismiss the leader. However, there is every reason to doubt the powers of the institution because the Assembly of Experts can’t even protect its own members. The arrest of Seyed Rouhollah Sadr al-Sadati by the intelligence organisation of the Islamic Revolutionary Guard Corps (IRGC) provides a point in case.

Sadati is not your usual Iranian cleric. Just 36 years old, the native of the holy city of Qom represents Hormozgan province in the Assembly of Experts, an 88-member body empowered to designate and dismiss the leader of the Islamic Republic.

More remarkably, the young seyed went into a minor occultation September 4, when he, his brothers Mehdi and Reza, along with a fourth person, inexplicably vanished prior to a planned flight from Tehran to Sadati’s constituency in Bandar Abbas.

There is no news of the whereabouts of Sadati and his companions but, 48 hours after the planned flight, a message posted on Mehdi’s Instagram account indicated they had been in the custody of the IRGC Intelligence Organisation.

The Sadati brothers gained certain fame by disclosing economic corruption among Iranian elites. In December 2014, Mehdi al-Sadati initiated an Instagram campaign against diverting water from the Karun River in Khuzestan province to the Zayanderud River in Isfahan. A few months later, he disclosed details of the exorbitantly expensive wedding party of Mohsen Moradian, son of Iran’s ambassador to Copenhagen.

In August 2018, Mehdi al-Sadati released photos of the luxurious lifestyle of Mehdi Mazaheri, a poet and son of the former Iran Central Bank governor, asking where the poet got his money. In a separate campaign, he asked how family members of Admiral Ali Shamkhani, Supreme National Security Council secretary, could afford real estate in fabulously expensive Lavasan county. The campaigns gained Sadati more than 300,000 followers on Instagram.