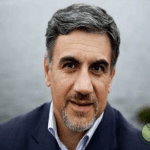 Iran Briefing : The result of the 9th parliamentary election, which was held on March 2, 2012, has once again become problematic.  Taking into account the country’s dire economic situation and increasing pressure resulting from the sanctions, high turnout in the parliamentary election, 64% as claimed by the regime, can neither be perceived by common sense nor is it compatible with statistics.

Interestingly, Eight Sources of Emulation refrained from taking part in the election, and so did their followers naturally. The present article does not concern itself with the election and its result, although it is of the opinion that the parliamentary election was replete with massive irregularities. What concerns us here is that overwhelming majority of dissenters in the Iranian society are firm in their opposition to the Islamic Republic establishment, even if the election was free and fair as claimed by the regime.

At a time when the regime appears to be willing to impose a sort of forceful peace on the society, how are the oppositions going to confront the regime? One has to keep in mind the fact that by announcing the number of participants in the parliamentary election at 64%, the regime wanted to show that it is not going to make any compromise with the opposition.

Brigadier-General Abnoush, the Commander of the Qazvin-based division of the Revolutionary Guard, said on March 4, 2011, that, “Should the result of the election not be in line with our values, 2012 is going to be a very dangerous and even bloody year… because we are going to be left with no option but to fight with each other.”

What adds to the fear of the Islamic Republic’s ruling class is that they are aware of the fact that the US president, Barak Obama, will not be hesitant to ramp up pressure on the Islamic Republic in order to show to his Republican contenders that he has led a very successful foreign policy.

By imposing sanctions on Iran’s Central Bank and oil sector, Obama has in fact targeted vital sources of Iran’s economy.

In such circumstances, any sort of street demonstration, like the one which followed the 2009 disputed presidential election, will not be tolerated by the system and will be highly likely faced with the Revolutionary Guard’s iron fist.

To understand the Revolutionary Guard’s strategy, i.e., iron fist, one has to look at the situation in Syria where the ruling class led by Bashar Al-Assad has been unable to curb snowballing popular uprising which has been going on for last 12 months. Taking into consideration the deep-seated disenchantment among the Iranians, the Islamic Republic’s ruling class is worried about any sign of public protest. The Revolutionary Guard is likely to use its iron fist strategy to curb public protests at their early stage. That is what Brigadier General Abnoush has warned of, and that is what the Supreme Leader has called a challenge to the country’s security.

Cutting off the Dragon’s Head

The Revolutionary Guard is likely to impose more restrictions on Rafsanjani, Khatami and some of the Sources of Emulation like Ayatollah Dastgheib who are feared to be capable of provoking the people against the system. That is why rumor over Rafsanjani’s assassination was spread in the society.  On the election day when Rafsanjani made an oblique remark about the election, the state TV showed some people chanting death slogan against Rafsanjani.  Khatami and Dastgheib are very likely to have similar fate, so that the head is separated from body.

It must not come as a surprise if the Revolutionary Guard uses its repressive apparatus abroad, should it be convinced that the root of provocation of the people lies somewhere outside the country.

Recent remarks made by the intelligence minister, in which he had bragged about the regime’s ability to maneuver outside the country, coupled with the recent wave of assassinations in Georgia, India and Thailand, and assassination plots against Saudi Arabia’s ambassador to Washington, which have been attributed to the Revolutionary Guard, show that the Revolutionary Guard will not shy away from carrying out assassinations outside the country.

In the case of popular uprisings, like the ones that happened in Tunisia, Yemen, Syria and Egypt, the Iranian regime would likely to imitate the Bahraini model of repression where the regime has been successfully able to quell and curb the popular uprising in very short span of time.

A show of force by the regime on February 14, 2012, the anniversary of the house arrest of Messrs. Mousavi and Karoubi, demonstrates the fact that the regime has achieved the ability to stifle any sort of opposition.