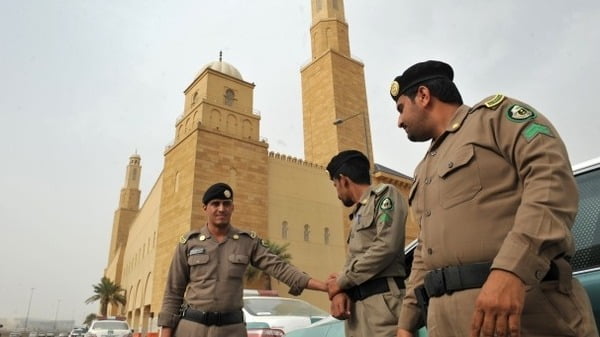 Initial investigations with the 18 people accused of espionage revealed they have a connection to Iranian intelligence, Saudi’s interior ministry said Tuesday.

An interior ministry spokesperson said last week that 16 of those arrested were Saudi,

one Lebanese and one Iranian, adding they were captured in four different areas of the kingdom.

According to the Saudi Press Agency, the suspects were found in Mecca, Medina, Riyadh and Eastern Province – where the country’s Shi’ite minority is concentrated.

The General Intelligence Presidency and the Saudi interior ministry caught the men in a joint operation, said the report, adding the ministry “received information on Saudis and expats spying for another country.”

The men were collecting data on “vital installation,” said the state news agency.

In an interview with Al Arabiya, Saudi journalist Jamal Khashoggi said most of those arrested were from one sect, adding that they were spying for the Islamic Republic of Iran.

“Among those involved is a doctor and another is a Shi’ite cleric,” he said. “Others were working at [the Saudi oil company] Aramco.”

There are an estimated two million Shi’ites in the Sunni-dominated kingdom of about 27.5 million people.

Meanwhile, Iran’s foreign ministry denied on Sunday the alleged accusation Saudi Arabia made of the country’s involvement in the linked group of alleged spies.

Iran’s foreign ministry spokesman, Ramin Mehmanparast, denied that an Iranian national was involved in the alleged spying and called the allegations a “repetitive scenario,” according to Iran’s English-language Press TV on Sunday.

“Raising such baseless issues at the media level is merely for domestic consumption,” he said, according to Press TV.