EU agrees to extend Syria sanctions to include some Iranians 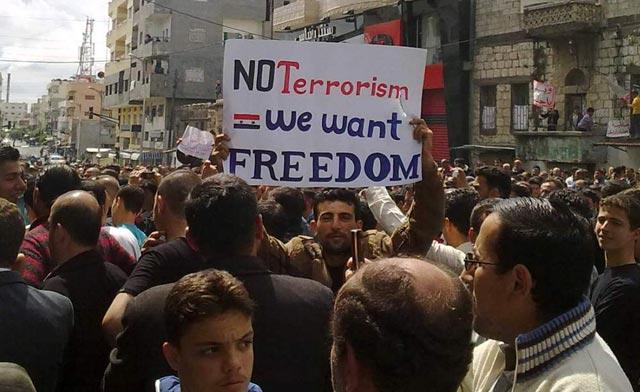 In May, the European Union added Syrian President Bashar Al Assad and other senior officials to a list of Syrians banned from travelling to the EU and subject to asset freezes.

“There is a political agreement on extending the list,” a EU diplomat said, adding that the new sanctions would take effect on Friday, once all 27 EU states have written on Thursday to give their formal approval.

The Iranians are accused of “providing military equipment and support to help the regime suppress protests in Syria,” a EU diplomat said on condition of anonymity.

The identities of those targeted by the sanctions will be revealed when the EU publishes its Official Journal on Friday.

Syrian Foreign Minister Walid Muallem denied Wednesday that Syria had received any assistance from ally Iran or Lebanon’s militant group Hezbollah in putting down the protests.

He also said Syria regarded EU sanctions as a “war” against Damascus.

EU foreign ministers had vowed during a meeting on Monday to beef up the sanctions on Syria as they cast doubt on Mr. Assad’s latest offer of change, with Britain saying he should “reform or step aside.”

At the same time, several European nations have joined Washington in pushing for a UN Security Council resolution condemning the crackdown, but Russia has warned it would veto such a move.

Swedish Foreign Minister Carl Bildt said this week it was vital for the UN Security Council “to express the outrage of the world.”

“The silence of the Security Council until now can be seen as an indirect tolerance of what is going on in Syria and that is unacceptable,” he said.

More than 1,300 civilians have been killed and some 10,000 people arrested, according to Syrian rights groups, in the crackdown that has seen troops dispatched to crush revolt in cities across the Middle Eastern country.