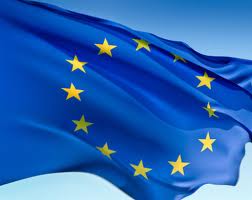 “Future EU relations with Iran – including possible further sanctions – should focus not only on the nuclear dispute but also on human rights abuses since the 2009 presidential elections,” they added.

46-year-old Zahra Bahrami, who had Iranian and Dutch citizenships, was executed on Jan.28 in Iran for drug trafficking. The sentence was fulfilled despite protests of the European Union.

Bahrami, was arrested in January 2010. Police found 450 grams of cocaine and about the same amount of opium on her. According to the relatives of the executed, all charges against her were fabricated, and she was arrested due to the fact that she was participating in the anti-Government opposition in 2009.

Firmly condemning the execution of Dutch-Iranian national Zahra Bahrami in Tehran on 29 January, MEPs are “dismayed that the Iranian authorities denied consular access to Ms Bahrami and did not ensure a transparent and fair judicial process”, says the resolution drafted by Bastiaan Belder (EFD, NL).

The resolution, approved in committee with 62 votes in favour, 3 against and 2 abstentions, is to be put to a plenary vote at the March plenary session in Strasbourg.

They also call on EU Foreign Affairs High Representative Catherine Ashton to raise the cases of Sakineh Mohammadi Ashtiani and Zahra Bahrami with the Iranian authorities.

Foreign Affairs Committee MEPs believe that the time has come for the EU to devise a new, broader, strategy towards Iran, which goes beyond the nuclear issue and addresses Iran’s human rights record and regional role.

They call on EU foreign ministers to impose sanctions targeting Iranian officials responsible for serious human rights abuses since the disputed presidential election of June 2009, in line with similar measures taken by the USA last September.

Strong opposition unrest broke out in Tehran after the announcement of the results of presidential elections on June 12, 2009. Then President Mahmoud Ahmadinejad won the elections, who according to the Iranian CEC won 66 percent of the votes. One of the losing candidates – a reformer Mir Hossein Mousavi accused authorities of ballot rigging and called on people to hold protests. During the clashes, according to official figures, 20 people were killed, but according to unofficial data – about 150 people. Some 1,032 demonstrators were arrested, most of which are subsequently released.

Iran’s government has accused Western countries, particularly Great Britain, in a deliberate escalation of tensions in the country, in initiation of unrest and interference in the internal affairs of the country after the presidential election on June 12.

The sanctions involve blocking of the U.S. assets of officials and a ban on issuing visas to them. Moreover, U.S. citizens are prohibited to conduct business with them.

MEPs are concerned that the growing military, political and economic role of the Iranian Revolutionary Guard Corps in Iranian society is fuelling fears of a further militarization of the state, which in turn could lead to an escalation of violence and oppression of political opposition.

Given Iran’s continuing refusal to co-operate with the International Atomic Energy Agency (IAEA), MEPs consider that “additional sanctions have become the logical consequence”.

However, they also wish to ensure that Ms Ashton assesses the impact and effectiveness of all EU restrictive measures, in order to prevent Iran from evading the sanctions. Sanctions are meant to hit the blacklisted officials, not the Iran population as a whole, they warn.

In June 2010 the U.N. Security Council adopted Resolution 1929, enacting new sanctions against Iran over its refusal to stop enriching uranium. Later, the U.S. Congress and foreign ministers of all EU countries approved the imposing of additional unilateral sanctions aimed mainly against the energy, banking and financial sectors of Iran.

The embargo on arms sales against Iran is toughened in accordance with the resolutions and sanctions.

The list of Iranian organizations subject to sanctions is being expanded.

Moreover, the enterprises controlled by the national shipping lines of the Islamic Republic of Iran and 15 other companies owned by the IRGC were included in the “black list”.

A Large Number of Female Prisoners Transferred out of Gohardasht