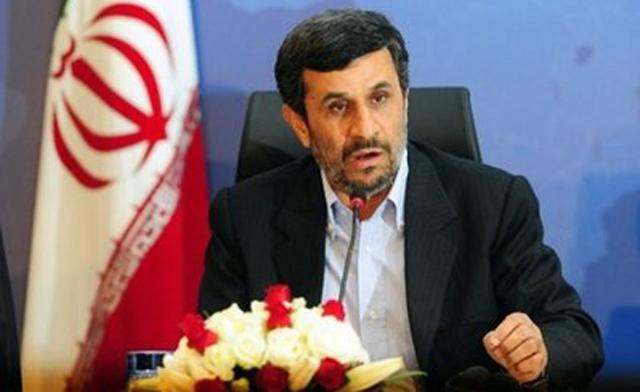 The European Union significantly extended its sanctions against Iran on Monday, reflecting mounting frustration over a lack of progress in nuclear talks with Tehran.

EU foreign ministers agreed at a meeting in Brussels to add more than 100 new entities to a list of companies and people affected by EU sanctions, designed to put economic pressure on Tehran to abandon its atomic program, EU diplomats said, according to Reuters.

The measures, asset freezes and visa bans, add to a range of financial and trade sanctions the EU’s 27 governments have already imposed on Tehran.

“The Council adopted legislation today to strengthen the restrictive measures imposed on Iran owing to concerns about its nuclear program,” the ministers said in a statement.

The European-Iranian Trade Bank (EIH), a German-based Iranian-owned bank, is among the companies added to the list, along with five individuals who will face an assets freeze and EU travel ban, a diplomat said.

An official in Berlin told Agence-France Presse last week that “evidence pointing to the EIH’s involvement in (nuclear) proliferation has multiplied and become tangible.”

Talks with Iran on suspending the nuclear program in return for trade and technology have ground to a halt.

The EU’s foreign policy chief, Catherine Ashton, expressed concern at the lack of progress earlier this month, saying messages she was receiving from Tehran about future talks were disappointing.

“I do urge Iran to think again and to consider coming back to the table … But from the letters that I’ve received, I don’t see that at the present time,” Ms. Ashton said at the time.

The United States, Britain, France, Germany, China and Russia have engaged in on-and-off talks with Iran aimed at halting its uranium enrichment program.

The last talks, held in Istanbul in January, failed to yield results after Iran rejected any notion of suspending the enrichment program in return for benefits offered by negotiators.

Iran responded this month that it is ready for new talks, adding that the ball is in the court of the six.

But the response from chief Iranian nuclear negotiator Saeed Jalili “sadly just reiterated the old positions of Iran,” Ms. Ashton told reporters on arrival for talks with the EU ministers.

“We want them to move forward with the nuclear talks,” she said.

“You know that my views on human rights in Iran is, it’s very, very important that we keep the pressure on Iran for the people and try to stop them with these large numbers of executions, and the approach they take with their people.”

Western powers fear that Iran, a country of 78 million people, is seeking to build a nuclear bomb, but Tehran denies the charge, insisting that it is merely trying to meet its people’s energy needs.

The EU and the United States have slapped unilateral sanctions on Iran on top of four sets of punitive measures imposed by the UN Security Council.

The UN sanctions authorize states to conduct high-seas inspections of vessels suspected of ferrying banned items to Iran and added 40 entities to a list of people and groups subject to travel restrictions and financial sanctions.