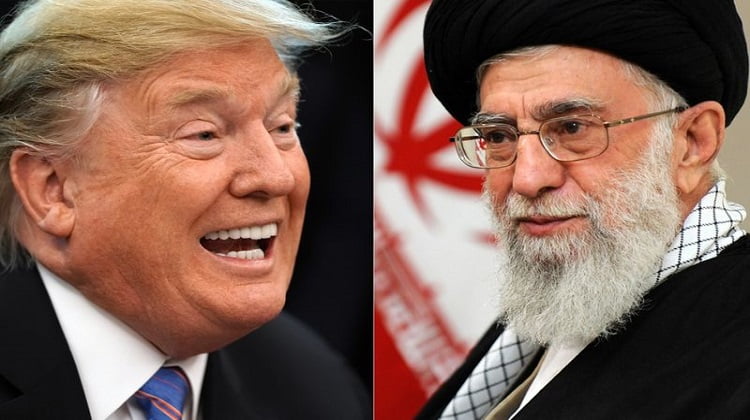 The familiar mantra is getting louder from Iran’s Western apologists, who say President Trump’s sanctions policy is counterproductive, probably because the opposite is true: There is growing evidence that Iran is cash-poor and its Middle East patrons are suffering.

That’s why it is time to declare what seemed unthinkable when Trump ran for president: His Iran policy, focused primarily on pressuring the Islamic Republic to end its sponsorship of militias throughout the Middle East and to renegotiate the nuclear deal, appears to be bearing fruit.

As a result, time is on Trump’s side. The more pressure on Iran’s economy, it seems, the more concessions Iran might make in the future.

Sanctions, which have cut Iran’s oil exports from an estimated 2.5 million barrels a day to 1 million barrels per day, are making life difficult for Iran’s regional proxies. Last summer, Hassan Nasrallah, secretary-general of Hezbollah, the Lebanese Shi’a movement and militia Iran established after its 1979 Islamic Revolution, stated that Hezbollah will be under financial pressure “as long as U.S. President Donald Trump is in power.”

It is too early to tell if this pressure will circumscribe the group’s regional activities on behalf of Iran, whether in Syria, Iraq, Yemen or elsewhere. But the domestic fallout is already apparent.

Hezbollah has been forced to slash salaries and delay payments for thousands of fighters, and many of the employees staffing Hezbollah-affiliated social services such as schools, hospitals and religious institutions have not been paid at all. Increasingly, Hezbollah is suspected of trying to divert state funds to maintain its elaborate patronage networks and vying with allied Shi’a party AMAL for positions in the bureaucracy, a move it has long avoided, and which may sow the seeds for future intercommunal conflict.

Despite a growing chorus of complaints, Nasrallah has also pleaded with supporters for donations to keep his parallel state afloat. “[T]he resistance is in need of its popular base,” he said during one such appeal last August.