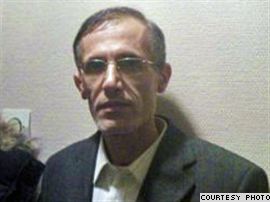 PARIS, March 1 (Reuters) – An Iranian diplomat who defected last month said on Tuesday than Iran’s leaders would rather “slaughter” their own people than surrender power to any popular revolt inspired by uprisings across the Arab world.

Ahmed Maleki, who was vice consul of Iran’s consulate in Milan before fleeing to Paris with his family last month, is the latest in a string of officials to defect from the Islamic state and join a year-old opposition group called the Green Wave.

He said in an interview that Iranians had been inspired by images of popular revolt in North Africa but faced a regime far more brutal than those of Egypt, Tunisia or even Libya.

“In the course of the past 32 years the sole objective of the regime has been to retain power,” he told Reuters at a prestigious hotel in Paris, speaking through an interpreter.

“They are willing to … resort to whatever measure, including slaughter and bloodshed to the extreme in order to retain power.”

Two people were killed and dozens arrested on Feb. 14 when thousands of opposition supporters in Tehran and other cities took to the streets in sympathy with uprisings that toppled the leaders of Egypt and Tunisia.

Iran’s Islamist leaders, seeking to avoid a revival of mass rallies that erupted after 2009 elections, have warned that any illegal gatherings by the opposition would be confronted.

Maleki said many other Iranian diplomats and military officers shared his critical point of view on the Tehran government but were waiting for the right time to switch sides.

Maleki joins a former Iranian consul to Norway, an air force officer and a general who have already defected to the Green Wave. It was founded in March 2010 by exiled Iranian businessman Amir Jahanchahi, who aims to disrupt Iran’s vital energy sector to put pressure on Iranian leaders. (Reporting by Nick Vinocur and Lucien Libert; editing by Mark Heinrich)