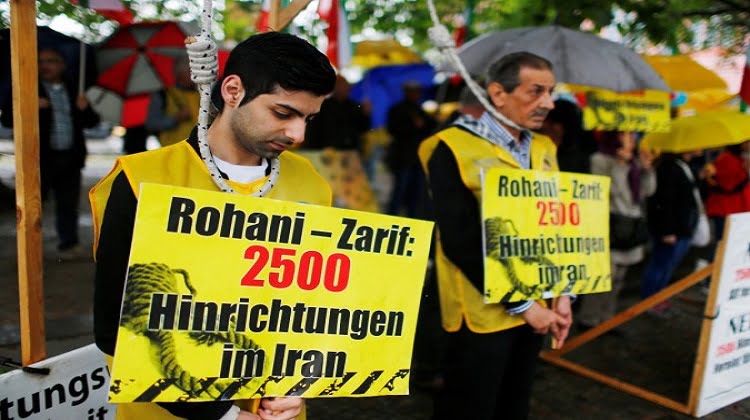 Amnesty International has alerted that a 24-year-old Iranian Kurdish woman will be executed despite mounting global pressure to save her life.

Amnesty has called on Iran to halt the execution of Zeinab Sekaanvand, who was arrested when she was 17 years old. The woman on death row in Iran’s Urmia prison was moved to a solitary cell and her family was asked to make a final visit.

If Zeinab is executed, she would be 84th woman to be executed in the regime of Iranian President Hassan Rouhani, according to the Women’s Committee of the National Council of Resistance of Iran.

The Iranian prosecution accused Zeinab of killing her husband, whom she married when she was 15. But Amnesty says that she was not only a child at the time of the crime, but was subjected to a grossly unfair legal process.

“She did not see a lawyer until her final trial session in 2014, when she retracted ‘confessions’ she had made when she had no access to legal representation. She also says that, following her arrest, she was tortured by male police officers through beatings all over her body,” Amnesty said.

“The authorities must immediately quash Zeinab Sekaanvand’s conviction and grant her a fair retrial without recourse to the death penalty, and in accordance with principles of juvenile justice,” said the rights organization..

According to Amnesty, Zeinab was arrested after he husband died and “confessed” that she killed her husband after he’d abused her for months. Convicted of the killing and sentenced to death, Zeinab languished in prison for years. But she married a fellow prisoner and got pregnant, apparently delaying the execution. But after she gave birth to a stillborn in 2017, the gallows were again readied for her.

Earlier this month, Iran hanged three Kurdish political prisoners, prompting the opposition National Council of Resistance of Iran (NCRI) to seek the help of United Nations Secretary-General, the UNSC and the High Commissioner for Human Rights in stopping oppression of political activists.

Biden to Rivlin: Iran will never get a nuclear weapon on my watch

Suspicion in Iran that Stuxnet caused Revolutionary Guards base explosions