Fatwa against Internet by Iranian cleric 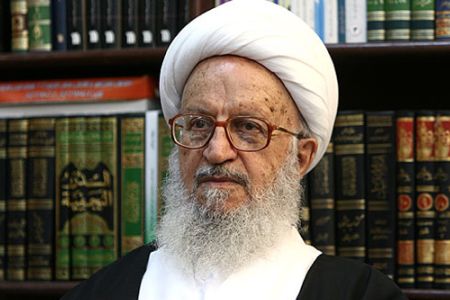 Fatwa against the Internet by Iranian cleric Ayatollah Makarem-Shirazi

Fatwa against the Internet by Iranian cleric Ayatollah Makarem-Shirazi

He cautioned Iran’s information ministry against providing 3G mobile service before the technology is “purified” of its “negative features” to ensure “moral and psychological security” for users.

“The Western technology is like muddy and unsanitary water,” the senior conservative cleric told Tehran Times on Sunday. “Water is the lifeblood, but when it gets murky and unsanitary it must be purified.”

Makarem-Shirazi isn’t against all technology. After all, the guy has a Web site where followers can ask for religious rulings, as one group of activists did in this case.

In the past he’s passed judgment on a variety of subjects, such as the morality of pet food advertisements — devotion to the animals would result in “evil outcomes,” he warned.

Iran’s conservative clerics would rather leave the Internet to the Supreme Council of Cyberspace, which was set up in 2012 to censor what Iranian eyes can see online. The Council’s concerns? Political opposition groups, Web sites that promote Western culture and Satan worship, the ability to share naughty photos, use of social media by protesters and other digital-age evils.

On Monday, Iran’s President Hassan Rouhani, who campaigned on the promise of better Internet access, stood by the Web. “We cannot close the gates of the world to our younger generation,” he said in a televised meeting with conservative clerics. “If we do not move towards the new generation of mobile today and resist it, we will have to do it tomorrow. If not, the day after tomorrow.”

Makarem-Shirazi, Internet 3G allow men and women to speak to each other without oversight.

The fatwa isn’t binding on the administration, but illustrates the opposition the centrist government is up against given that conservatives occupy key positions in judicial, intelligence and security branches and the conservative majority in Parliament.

The debate over the Internet has gotten heated since Iran’s government awarded 3G licenses to three mobile broadband companies. After the first license was issued earlier this year, Makarem-Shirazi and three other ayatollahs expressed concern that 3G technology would “jeopardize public chastity” and allow men and women to speak to each other without oversight.