Five Reasons Why The IRGC Should Be Abolished 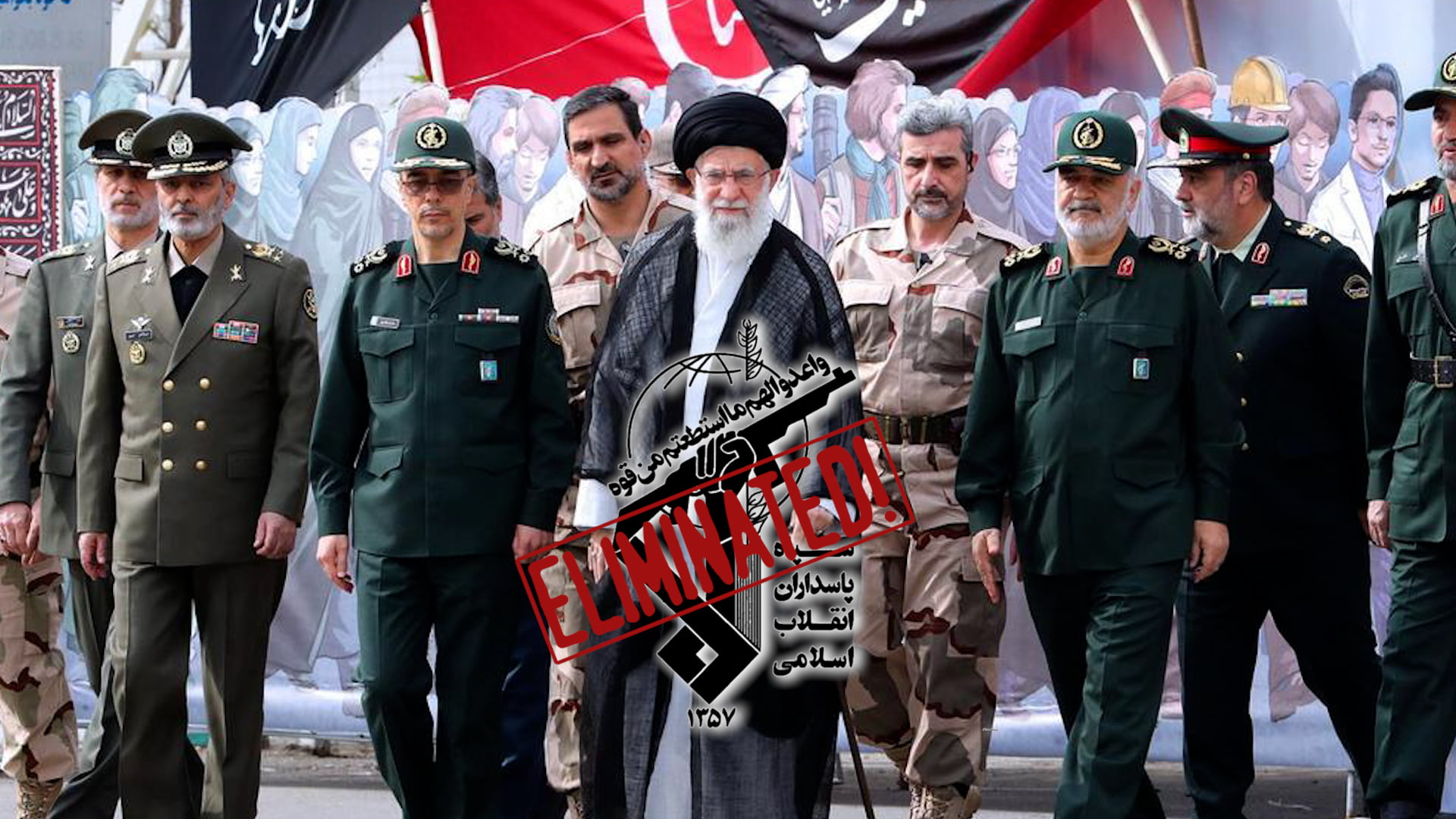 Five reasons why the Islamic Revolutionary Guards Corps, a force that was created with the intention of defending the so-called Islamic Revolution, but has only produced national discredit and doomed the future of Iran, should be abolished and its few honest serving forces, if any, should be merged with Iran’s existing official and legal armed forces:

1. Absolute incompetency in preventing the theft of confidential nuclear and military documents, failure to prevent the assassination of scientists and elites by hostile countries, unrestricted access to personal information, unsupervised breach of citizens’ privacy, censorship of news, imposition of Internet restrictions and obstruction of the free flow of information through the control of telecommunication and Internet companies.

2. Destruction of Iran’s economic infrastructure and foundation worth hundreds of billions of dollars in the last 30 years with the aim of control over the country’s economic system as a shadow government with influence over ministries, parliament, banks and economic arteries of the nation such as ports, customs and borders.

3. The looting and plundering of Iran’s wealth and natural resources which has been wasted on warmongering in countries such as Iraq, Lebanon, Syria, Yemen and countries alike. An act that has had no benefit for the nation whatsoever but has instead continued the 8 year long imposed Iran-Iraq war for decades, without a cent received as compensation! As Iranians live in poverty and misery throughout the nation, countless schools lack basic heating systems, and minorities in many areas are deprived of clean drinking water, people of Lebanon have rebuilt their houses, received thousands of dollars per month for several years along with food packages, and even enjoy free health care, all of which has been provided from the pockets of the Iranian people without their knowledge or consent. In Yemen and Syria, billions of dollars are still being spent on Iran’s proxy wars and militias, massacring the people of both nations.

4. Spending billions of dollars to strengthen its power and influence inside and outside of Iran. The IRGC only thinks of having control in Iran and other countries of the region through its extraterritorial operations arm, the Quds force, recognized as a terrorist organization by the US. In order to achieve this sinister goal, they have sacrificed thousands of Iranian and non-Iranian lives and have deployed thousands of Iranian mercenaries in Syria, Yemen and Iraq.

5. Providing grounds for the colonization and exploitation of Iran by Russia and China. The IRGC, created to protect the ideals of the “Islamic Revolution” which were “independence, freedom, and the Islamic Republic”, axed the roots and set fire to all three foundations of the Islamic Revolution. They sold independence to Russia and China, imprisoned, tortured, and executed freedom, and struck so hard at the roots of Islam and ancient religious beliefs of Iranians, that people increasingly hate Islam and the clergy, and even those with little religious belief left in them, see politics and the rule of religion as detrimental to the basic tenets of religion.

The incompetency of the Islamic Revolutionary Guards, which we summarized, has brought nothing but poverty, misery, forced migration and the likes to the Iranian people. Such incompetent and traitorous forces must be abolished and tried in a public court for all the crimes they have committed throughout the past 4 decades.

Also read: The Vital Role of IRGC in the Iran-China 25-year Cooperation Agreement