Iranian officials, under international pressure and facing domestic unrest, have reacted by increasing  their pressures on activists. It is unclear  how many  are  behind bars, but Human Rights Watch has documented dozens of cases of people who have been sentenced or detained for merely exercising their freedom of expression  by criticizing the government and engaging in peaceful activism. 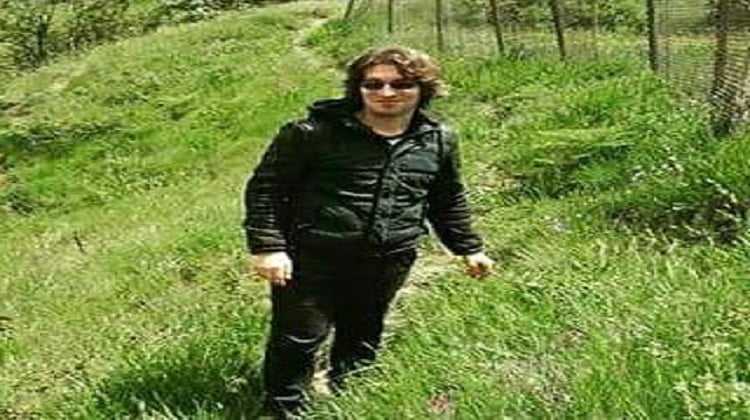 But sending activists to prison is just the start of their suffering in Iran, experience shows. Arash Sadeghi, 32, whom authorities have imprisoned repeatedly and harassed his family since 2009 is just the latest example of scores of activists who are being denied adequate medical care. In August 2015, branch 15 of Tehran’s revolutionary court sentenced Sadeghi to 15 years in prison on charges of “propaganda against the government,” “defamation of the supreme leader,” and “threatening national security.” His wife, Gulrokh Iraei, was sentenced to six years for “insulting the sacred” and “propaganda against the state.”

Sadeghi has suffered repeated medical problems in prison in Karaj, a city near Tehran. The authorities have transferred him to a hospital for checkups but never allowed him to receive full treatment.

On June 13,  after he suffered severe pain in his arm for months, prison doctors raised the possibility he was suffering from cancer and transferred him to a medical center. Doctors there diagnosed him with a cancerous tumor in his shoulder and recommended an immediate transfer for  specialized medical treatment. He hasn’t received it and reports from his family  indicate that Sadeghi’s arm is infected for lack of the  medical care he required to avoid infection.

Human Rights Watch has previously reported that the couple have not been able to get legal representation during their trials. Amnesty International has repeatedly called for the couple’s unconditional release.

But while Iran’s peaceful activists suffer in prison, other  countries  continue to engage with Iranian officials, including the  EU member states that have sought to maintain the nuclear agreement with Iran. As these countries carry out their diplomatic work with Iran, they have an opportunity to press Iranian authorities to free imprisoned human rights activists and to end their shameful mistreatment in prison.

These countries should speak up. As Arash Sadeghi battles cancer, his very life may depend on it.

On 3rd of January a news spread in social media regarding Qasem Soleimani and AbuMahdi Mohandes who has died by a US drone strike near Baghdad Airport and this was the end of their lives. In social media, especially Iranian users, there was a chaotic situation, some called of “the general of... END_OF_DOCUMENT_TOKEN_TO_BE_REPLACED