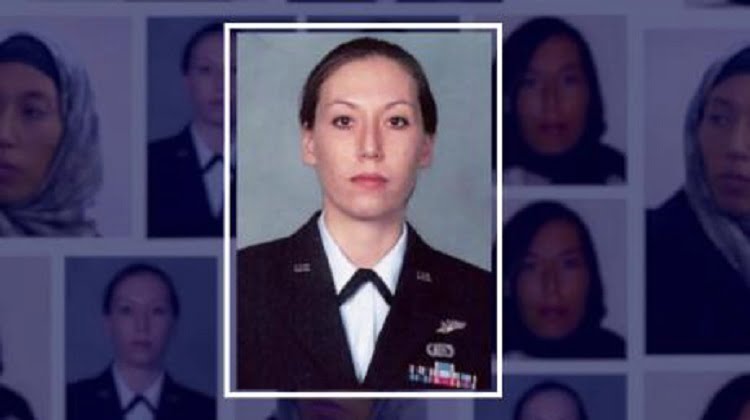 Monica E. Witt, 39, was named in an indictment unsealed Wednesday that also charged four Iranian nationals who prosecutors alleged were involved in cyber operations against eight of her former U.S. military colleagues. Witt is charged with espionage, conspiracy and other crimes.

Federal authorities alleged that Witt defected to Iran in 2013 and provided Iran with the code name and mission of a classified Defense Department program. They said that while she was in Iran, Witt revealed the identity of a U.S. counterintelligence agent who was working against “a specific target.”

Prosecutors said Witt wrote to an Iranian contact that she was “endeavoring to put the training I received to good use instead of evil.”

Investigators said the first clues to Witt’s change in allegiance came in a series of contacts with an unnamed Iranian from 2012 to 2013. Authorities said Witt provided her personal biography and job history as if she were formally applying for a job.

Before boarding a flight from Dubai to Tehran on the eve of her defection, prosecutors said, she typed an email to the Iranian contact saying, “I’m signing off and heading out! Coming home.” She closed with a smile emoji.

When she arrived in Iran on Aug. 28, 2013, according to federal court documents, Iranian officials immediately began providing her financial support, including housing and computer equipment “to facilitate her work on behalf of the government of Iran.”

“This case underscores the dangers to our intelligence professionals and the lengths our adversaries will go to identify them, expose them, target them, and, in a few rare cases, ultimately turn them against the nation they swore to protect,” Demers said.

Witt served as an Air Force military intelligence specialist for more than 10 years before leaving in 2008 to begin work as a defense contractor.

She left that post in 2010, then began excursions to Iran, where authorities suspect she remains.