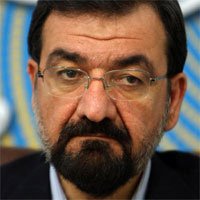 A former commander-in-chief of the Islamic Revolutionary Guard Corps (IRGC) echoed growing fears in the regime over the continuation of anti-regime protests by the Iranian people and called on factions to unite around the mullahs’ Supreme Leader Ali Khamenei.

According to the state-affiliated Tabnak website on Monday, Mohsen Rezai, currently the Secretary of the mullahs’ Expediency Council, said to defend Khamenei is to defend the entire regime.

Rezai pointed to the February 14 mass protests against the regime and said, “Any incident these days in Iran is seen as a confrontation against the establishment.”

He warned various factions in the regime and said, “Is it right for us to sit by while they organize protests against the Islamic Republic?”

“Last year’s protests were against some officials, but these days protests are against the entire regime and exercising silence with respect to them is unacceptable,” he added.

Iran Vows to Give Crushing Response to Any Terrorist Aggression

Inside Iran’s Army of Terror and Oppression: Revolutionary Guards (IRGC)

Political Prisoners Call for Release of Mousavi, Karroubi, and Rahnavard