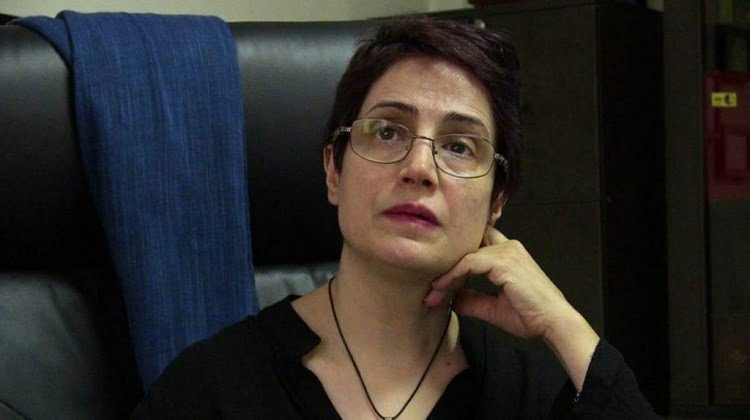 In a letter from Iran’s Evin Prison, prominent human rights attorney Nasrin Sotoudeh has condemned the judiciary’s execution of three Kurdish prisoners on September 8, 2018, despite serious concerns regarding the use of torture, forced confessions and denials of access to counsel in all their cases.

Sotoudeh said the executions of Ramin Hossein Panahi (22), Zanyar Moradi (29) and Loghman Moradi (31) are a reminder of Iran’s mass executions of political prisoners in the summer of 1988 without due process.

“On the anniversary of the 1988 massacre, Iran’s judiciary has executed three Kurdish compatriots —compatriots who have been under decades of oppression and faced many miseries,” said Sotoudeh’s letter sent to the Center for Human Rights in Iran (CHRI).

“The sentences, issued by the Revolutionary Court in a blatantly unlawful judicial process, were unfair and in violation of human rights principles as well as the laws of the Islamic Republic of Iran,” she wrote.

Sotoudeh, who has been detained on trumped-up national security charges since June 3, added that the three prisoners had gone on hunger strike prior to their executions to bring attention to the denial of due process in their cases.

“Zanyar and Loghman Moradi, as well as Ramin Hossein Panahi, were on hunger strike for many days when they were taken to the gallows—further evidence of the violence inherent in the Iranian judicial system which is supposed to avoid any kind of violence,” Sotoudeh wrote.

She continued: “I express my condolences to our dear Kurdish compatriots, who have always played an important role in enriching Iranian culture, as well as to all our compatriots, and especially the honorable families of Moradi and Panahi, and I hope that paying sufficient attention to different aspects of judicial violence would lay the necessary ground to reject all types of violence.”

Sotoudeh has also been on hunger strike since August 26 in protest against the harassment of her family and friends, and the judiciary’s refusal to allow her a full and fair defense against the various charges she is facing.

Her husband, Reza Khandan, has been detained since September 4 for speaking publicly about his wife’s case.