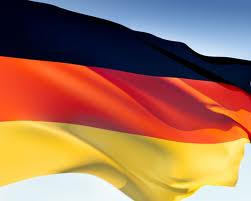 BERLIN, January 30, 2011 (AFP) – Germany on Sunday urged Iran to immediately release two journalists arrested for covering the case of a woman whose sentence to death by stoning provoked international condemnation.

“I call on the Iranian government to immediately free the journalists imprisoned since October 10 and to make possible their return,” German Justice Minister Sabine Leutheusser-Schnarrenberger told newspaper Bild am Sonntag.

The pair, Marcus Hellwig and Jens Koch, work for Bild am Sonntag.

The two reporters were arrested in October in Tabriz for interviewing the son and lawyer of Sakineh Mohammadi Ashtiani, a woman sentenced to death by stoning for adultery, a case that triggered an uproar around the world.

Iran accused the pair of having links with an anti-revolutionary group and said they had not obtained a special government permit to work in the country which is usually required of foreign journalists.

German Deputy Foreign Minister Wolf-Ruthart Born travelled to Tehran last week to discuss the case but was unable to obtain any results, Bild am Sonntag said.

“If the publisher and the editor-in-chief acknowledge they made a mistake, it would be a very useful gesture,” he said in an interview with Der Spiegel magazine.