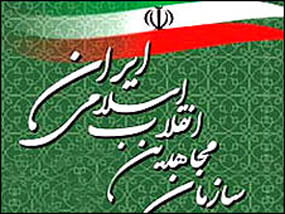 
The office of the Iranian reformist party, Mojahedin of the Islamic Revolution, was raided by a number of officers in plain clothes. Jaras website reports that the officers confiscated all computers, and documents from the office.

The report adds that two of the employees were present at the office and were locked in a room during the raid.

Last month, Iran’s prosecutor and spokesman for the judiciary announced that the two reformist parties Mohajedin of the Islamic Revolution and Islamic Iran Participation front have been officially dissolved by the judiciary.

The two organizations disputed the decision and the IIPF even published a document revealing that one of the branches of the Revolutionary court has in fact annulled the move against their organization and reinstated them.

Last week, Mohammad Salamti, secretary general of Mojahedin of the Islamic Revolution announced that his organization still considers itself a legal entity and will continue all its activities within the framework of the law.

He announced that the organization has not been involved in any legal action against it and none of its representatives have been summoned to any legal proceedings.

Mojahedin of the Islamic Revolution started its political activities in its current form in 1991. Following the 2009 presidential elections and the widespread protests over the alleged vote fraud that returned Mahmoud Ahmadinejad to power, several executive members of this organization were arrested.