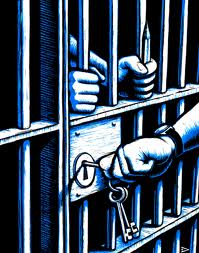 RAHANA: The 2 Mousavi supporters have been detained since 2 weeks ago. They have been charged with distributing the Kalameh newspaper and green movement CDs in Behbahan. After 2 weeks of interrogation, they have been transferred to the General Ward of Behbahan Prison.

After the student day, thousands of green movement CDs were distributed to support Majid Dorri and to persuade students to participate in the student day gatherings.

Prison authorities have told the activists to stop contacting Majid Dorri or they will have to face the consequences.

Majid Dorri has been transferred to the Behbahan Prison to serve his 6 year prison sentence in exile.

WikiLeaks: Source Compared Iran’s Regime to the Dictatorships of Hitler and Mussolini

Trump says ‘Iran made a very big mistake!’ by shooting down US drone

Biden Should Address Iran’s Supply Of Weapons To Houthis