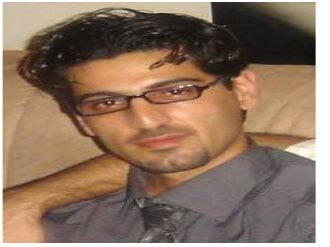 HRANA News Agency – Political activist Hamid Reza Khadem, 34, reported to Evin Court in order to begin serving his four year prison sentence and has been locked up behind bars in Ward 350.

According to a report by Human Rights Activists News Agency (HRANA), on December 7, 2010, the fifteenth branch of the Revolutionary Court sentenced Hamid Reza Khadem to 5 years in prison on charges of conspiracy and propaganda against the regime. This sentence was later commuted to 4 years by the Appeals Court.

Hamid Reza Khadem was arrested after the presidential election in 2009. He is a member the Research Bureau of the National Front of Iran (Jebhe Meli).

Iran commander: US strike on Syria will mean the ‘imminent destruction’ of Israel