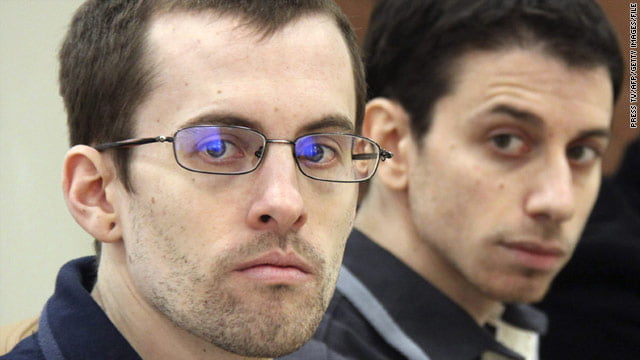 The Christian Science Monitor – In the run-up to Iran’s March 2012 parliamentary elections, legislators and conservative political figures have sought to strengthen their political standing as Ahmadinejad continues with his own efforts to shore up his government’s influence over key state institutions.

It is amid this climate that Mr. Bauer and Mr. Fattal were tried. Ahmadinejad had encouraged prosecutors to apply a more lenient sentence.

This would have boosted the Iranian president’s international standing before his trip to the US in September to speak in New York at the upcoming United Nations General Assembly meeting. An improvement of Ahmadinejad’s image abroad could help him gain more power at home, so the judiciary may have sentenced the American hikers more harshly with the aim of hampering the president’s efforts to consolidate power.

Tehran’s chief prosecutor, Abbas Jafari Dolatabadi, said Saturday that the two American men were sentenced to five years imprisonment on charges of spying for the United States and three years for illegally entering Iran, and have 20 days to appeal the verdict, according to the state Islamic Republic of Iran Broadcasting (IRIB) website.

Fattal, Bauer, and a third American, Sarah Shourd, were arrested in July 2009 along Iran’s border with Iraqi Kurdistan. Ms. Shourd was released on $500,000 bail last September for health reasons, and is currently back in the US. Her case remains open and she could be tried in absentia.

The disconnect between the Ahmadinejad administration’s public expression of hope for clemency and the harshness of the judiciary’s verdict is embarrassing for Ahmadinejad’s government in light of the president’s upcoming travels to New York, according to domestic analysts.

“It was basically to ensure that Ahmadinejad’s government doesn’t have anything to use for any sort of [Iran-US] rapprochement,” said the Tehran-based analyst speaking on condition of anonymity.