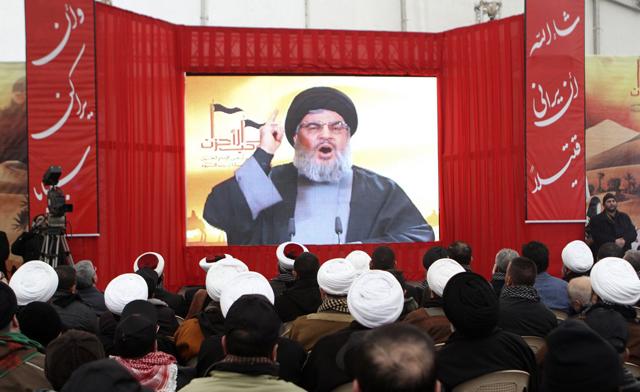 Lebanon’s Hezbollah leader Sayyed Hassan Nasrallah acknowledged on Tuesday for the first time that his armed movement received financial and material support from Iran, but denied it took instructions from the Islamic Republic.

Nasrallah said Hezbollah previously only confirmed Iranian political and moral backing because it did not want “to embarrass our brothers in Iran”, but had changed policy because Iran’s leadership had announced its support in public.

“Yes, we received moral, and political and material support in all possible forms from the Islamic Republic of Iran since 1982,” Nasrallah told supporters by videolink in a speech marking the anniversary of the birth of the Prophet Mohammed.

“In the past we used to tell half the story and stay silent on the other half … When they asked us about the material and financial and military support we were silent.”

Nasrallah said Iran had not issued orders to Hezbollah since the movement was founded 30 years ago, adding that if Israel attacked Iran’s nuclear sites, the leadership in Iran “would not ask anything of Hezbollah.”

He said if that were to happen, Hezbollah’s own leadership would “sit down, think and decide what to do.”

Speculation has grown that Israel might be planning to attack Iranian nuclear facilities after strong public comments by Israeli leaders about Iran’s atomic ambitions.

Many analysts believe that in the event of an Israeli attack on Iran, Hezbollah — which fought a punishing 34-day war with Israel in 2006 — would attack the Jewish state.

Nasrallah’s statement will not surprise world powers, including The United States, which lists the group as a terrorist organization, and says it has military support from Iran and Syria.

Hezbollah was set up 30 years ago by Iran’s Revolutionary Guards to fight Israeli forces which had invaded Lebanon.

Nasrallah denied U.S. charges that his movement was involved in money laundering or drugs smuggling, saying Iran’s support meant the movement was not in need of cash.

The Hezbollah leader also defended his support for close ally Syrian President Bashar al-Assad, who is trying to crush an 11-month uprising against his rule. The United Nations says Assad’s crackdown on protests has killed 5,000 people.

Nasrallah, who has praised the uprisings in other Arab countries which toppled three entrenched leaders last year, said Assad still enjoyed support from the army and a large section of the population, and criticized Syria’s opposition for rejecting Assad’s promised reforms and offers of dialogue.

“They are betting on the West, on America, on money and weapons to overthrow the regime. But this is a losing bet,” he added.