Hossein Ronaghi From Hospital Back to Prison 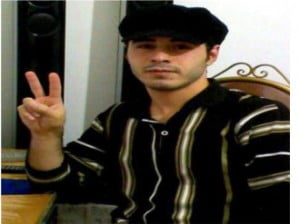 According to a report by Human Rights Activists News Agency (HRANA), on August 8, 2011, Hossein Ronaghi Maleki experienced bleeding due to a kidney infection and had to be hospitalized. However, IRGC interrogators transferred him back to Evin Prison on the same night despite his critical condition and the attending physician’s advice.

IRGC interrogators have demanded a repentance letter from Hossein Ronaghi Maleki accepting the charges against him and have announced that only under such circumstances, he will be given sick leave from prison.

While the prosecutor’s office in Tehran has accepted the request for sick leave, IRGC interrogators continue to prevent Hossein Ronaghi Maleki from leaving the prison and insist on receiving his repentance letter first.

Hossein Ronaghi Maleki has been sentenced to 15 years in prison.  He continues to deny all the charges against him.

Judge Peerabasi who presided over Hossein Ronaghi Maleki’s trial has also interfered with the process evaluating the request for sick leave and has played an important role to delay the order granting him time away from prison for medical care.

“I Am Not a Criminal. I Will Not Request Pardon,” Says Narges Mohammadi