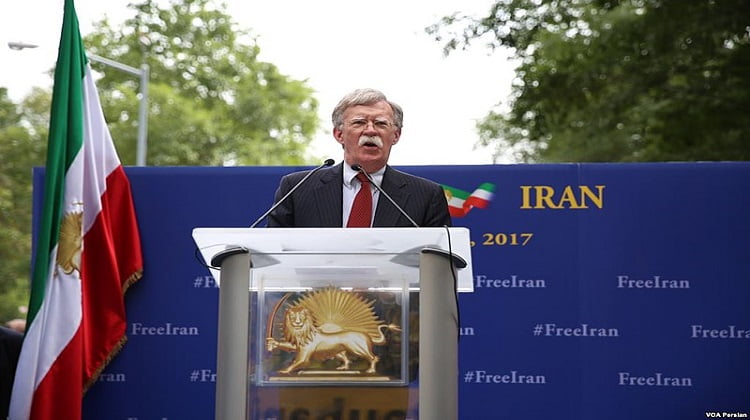 Hindsight is 20/20, but when you are the commander-in-chief, you can’t afford to be wrong

When it comes to Iran, George W. Bush was very wrong, and Barack Obama was very complicit. And now it’s left to President Trump to clean up the mess.

I refer in particular to the way Tehran used both Mr. Bush and Mr. Obama, albeit in different ways, to promote its own interests in the Middle East and put its troops on Israel’s doorstep, all to fulfill a long-held dream of eradicating the Jewish state from the map. Although it can seem like ancient history, we’re living with the consequences to this day.

You see, over the prior decade, a massive rebel army had been building on Iran’s northwestern border with Iraq, safely housed inside Iraqi territory. These weren’t Iraqis, they were patriotic Iranian exiles who called themselves the People’s Mujahadeen of Iran, also known as the MEK. The MEK’s National Liberation Army of Iran at its height before the Iraq war boasted 10,000 battle-hardened men and women and 300 armored vehicles. On a previous excursion into Iranian territory, Operation Eternal Light, it had traveled over 100 miles into the Islamic Republic to the gates of the largest city in Western Iran, Kermanshah, captured thousands of Iranian soldiers, scores of armored vehicles, and inflicted 55,000 casualties on Iran’s Revolutionary Guards.

For two decades, the MEK had been an existential threat to the mullahs’ murderous regime, so much so that Iran’s government  executed over 120,000 of its members and demonized as a terrorist organization in the Western media.