The state of Israel has rarely known peace; at best, it has enjoyed short periods of quiet between intermittent conflicts. These periods are cherished by Israelis and serve as incubators for the country’s extraordinary growth. Yet Israel’s enemies often take advantage of these periods as well, using them to refill their arsenals and evolve their tactics and capabilities. 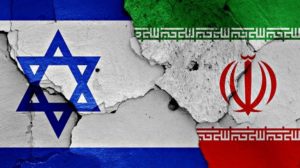 Most of Israel’s current security challenges stem from a single threat: Iran’s aspirations of hegemony over the Middle East. These aspirations are manifested not only in the regime’s military nuclear activities, but also in its efforts to deploy weapons and build spheres of influence in Yemen, Iraq, Syria, Lebanon, Gaza, and elsewhere. In particular, Iran has sought to improve and expand its arsenal of precision missiles and other standoff fire, in part to export these capabilities to armed Shia factions throughout the region.

To counter such threats while maximizing the state’s ability to develop during times of quiet, Israel has endeavored to maintain what it regards as a reasonable security routine. Traditionally, this routine was maintained through territorial defense operations and threat-neutralizing endeavors below the threshold of war, but more recently it has been augmented by what the Israel Defense Forces call the “Campaign Between Wars” (CBW).

WHY DID ISRAEL SHIFT TO THE CBW?

For many years, Israeli military activities were characterized by two interlinked phases. The first was preparation for wars, involving the development of operational concepts against enemies, force buildup processes for procurement and weapons development, and the training and organization of personnel, all culminating in final preparations for ever-imminent conflicts. The second phase concerned the use of force during war and the support of combat efforts. Up until the past decade, Israel felt compelled to focus almost exclusively on these two phases in order to defend its borders and counter outside terrorist threats.

At the same time, the nature of the threats to Israel’s security were changing profoundly. The weakening of Arab states and their militaries created a reality in which the conventional threat, the unconventional threat, and the subconventional threat (i.e., terrorist organizations and semi-military organizations) all evolved simultaneously. While Israel’s strength was still readily apparent as it entered its seventh decade of existence, the rise of new challenges and the destruction wrought by the 2006 Lebanon war spurred the IDF to develop a concept of integrated, low-intensity, preemptive warfare: the Campaign Between Wars.

Read more at: The Washington Institute

Payman Karimi in Danger of Blindness; Hassan Farji in Aftermath of Heart Attack

A Kurd from Salmas sentenced to 5 years imprisonment