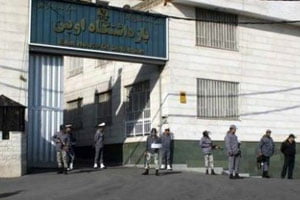 Several dozen prisoners in a northern city are serving prison terms for exercising their basic human rights. Iranian authorities should immediately and unconditionally release all political prisoners, Human Rights Watch said.The 59-page report, is based on a review of 189 cases in three prisons in the city of Karaj, near the capital, Tehran, including the charges they faced, details of their trials before revolutionary courts, and information from lawyers, prisoners’ families, and others. Human Rights Watch concluded that in 63 of these cases, authorities had arrested the prisoners, and revolutionary courts had convicted and sentenced them, solely because they exercised fundamental rights such as free speech and rights to peaceful assembly or association. In dozens of other cases, including 35 prisoners sentenced to death on death row for terrorism-related offences, Human Rights Watch suspects egregious due process violations that may have tainted the judicial process.“The election of a new, avowedly moderate president a year ago raised hopes that many of Iran’s political prisoners would soon walk free, but many remain behind bars,” said Joe Stork, deputy Middle East and North Africa director at Human Rights Watch. “The lion’s share of responsibility for releasing these prisoners rests with the judiciary, but President Hassan Rouhani and his cabinet should be doing more to press for their release.” 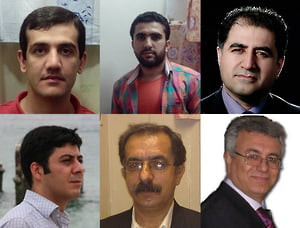 The political prisoners include members of the political opposition, bloggers and journalists, a lawyer, and labor and religious minority rights activists

The political prisoners include members of the political opposition, bloggers and journalists, a lawyer, and labor and religious minority rights activists. They are serving prison sentences on vague and sweeping charges for acts that Iran’s judiciary claims threaten the country’s national security, and are among several hundred political prisoners detained in prisons throughout Iran, according to reports released by UN rights experts.Human Rights Watch asked the head of the Iranian judiciary in May for information on the cases of 175 prisoners, most of whom are covered in this report, including details of the charges and any evidence against them. The judiciary has not responded.Most of the political prisoners are in one ward of Rajai Shahr prison, also known as Gohardasht prison, including 33 members of the beleaguered Baha’i community, Iran’s largest non-Muslim minority. They include five Baha’i leaders serving sentences of up to 20 years on charges that included spying, “insulting religious sanctities,” and “spreading corruption on earth,” all arising from their peaceful activities as Baha’i leaders.At least 11 other Baha’is held in the same prison ward are faculty members and administrators affiliated with the Baha’i Institute for Higher Education, an alternative university created in 1987 for Baha’is that the government had excluded from state university education. The Baha’i International Community says that as of May 2014, 136 Baha’is were in Iranian prisons solely on religious grounds.Karaj prison authorities are also holding two Christian pastors and two Christian converts. One of the pastors, Saeed Abedini, is serving an eight-year sentence for “intent to endanger the national security” by establishing and running home churches, his wife, Naghmeh Abedini, told Human Rights Watch.Masoud Bastani, one of nine journalists and bloggers unlawfully imprisoned in Karaj, worked for theJomhuriyat news website before his arrest in July 2009. Mahsa Amrabadi, his wife, also a journalist, said her husband was sentenced to six years in prison for “propaganda against the state” and “assembly and collusion against the national security.”Human Rights Watch identified seven rights defenders and a veteran human rights lawyer among those in Rajai Shahr prison. The human rights lawyer, Mohammad Seifzadeh, 67, cofounded the Defenders of Human Rights Center with Shirin Ebadi, the Nobel Peace laureate, and other lawyers. An initial sentence of nine years was reduced to two, but six more years were added after he wrote letters and signed statements critical of the government while in prison, Ebadi told Human Rights Watch.Human Rights Watch also identified 126 prisoners convicted of more serious crimes, some on death row for terrorism-related offenses, whom the authorities may have targeted for their peaceful activities. While Human Rights Watch was unable to obtain sufficient information to refute the authorities’ accusations in many cases, it documented egregious due process violations in some of their cases, calling into question the legitimacy of the convictions.One of them, Mohammad Ali (Pirouz) Mansouri, is serving 17 years for supporting the outlawed Mojahedin-e Khalq Organization (MEK), an opposition group that the Iranian government considers a terrorist organization, his daughter, Masoumeh Mansouri, said. She told Human Rights Watch that a revolutionary court convicted her father of moharebeh, “enmity against God,” which can incur the death sentence, and “insulting the Supreme Leader” after two short court sessions.” The court referred to Mansouri’s visit to Camp Ashraf in Iraq, where members of the group lived in exile for years, to visit his wife and sisters, and his attending a 2007 speech at a ceremony at Khavaran cemetery in Tehran commemorating the 1988 execution of thousands of prisoners, many of them MEK members, as evidence of his guilt, she said.Many others among the 126 describe themselves as Sunni activists or “missionaries” who support a strict, literalist interpretation of Sunni Islam. Most are from Iran’s Kurdish or Baluch minorities but others are foreign nationals, according to a source familiar with their cases. The authorities say that some participated in armed activities, including assassination attempts and murders, and that others assisted armed groups or threatened Iran’s security by other means.Thirty-five of the 126 prisoners are on death row and at imminent risk of execution, Human Rights Watch said. Many are believed to have been held for weeks or months at Intelligence Ministry detention facilities, and tortured or otherwise ill-treated, several sources familiar with some of the cases told Human Rights Watch. Human Rights Watch has closely reviewed the cases of several of these men, including Zaniar and Loghman Moradi, Hamed Ahmadi, Jahangir Dehghani, Jamshid Dehghani, and Kamal Molaei, who are all accused of terrorism-related activities on behalf of opposition groups, but deny the charges and allege, in vivid detail, that security and intelligence forces subjected them to months of incommunicado detention and torture to secure coerced confessions from them.  On June 12, Human Rights Watch and 17 other rights organisations asked the Iranian government to halt the executions of the listed prisoners in Karaj prisons, and impose an immediate moratorium on all executions.At least one of the prisoners on death row, Barzan Nasrollazadeh, is believed to have been under18 at the time of his alleged crime. International law, including under the Convention on the Rights of the Child, to which Iran is a party, prohibits the execution of offenders who were under 18 at the time of their alleged crime.“President Rouhani should speak out clearly for an immediate moratorium on executions given the serious doubts about the fairness of revolutionary courts trials,” Stork said. “And Iran needs to release anyone being held for exercising their legal rights.”