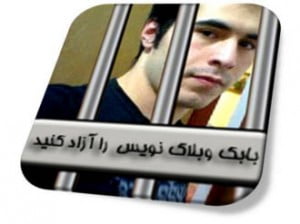 HRANA News Agency – Hussein Ronaghi Malaki, a political prisoner locked up in Evin, has suffered internal bleeding, and his condition is deteriorating fast.

According to a report by Human Rights Activists News Agency (HRANA), Hussein Ronaghi Malaki’s health is worsening as he is denied proper medical care in prison. Meanwhile Malaki has suffered internal bleeding indicated by the presence of blood in his urine.

This political prisoner has recently undergone another kidney operation for the third time. Physicians have recommended furlough for him in order to receive proper medical care. However, Iranian authorities have refused to release him temporarily and transferred him back to Evin Prison following his most recent surgery.

Delayed medical care and appalling prison conditions are responsible for Malaki’s deteriorating health and might cost this political prisoner his life.