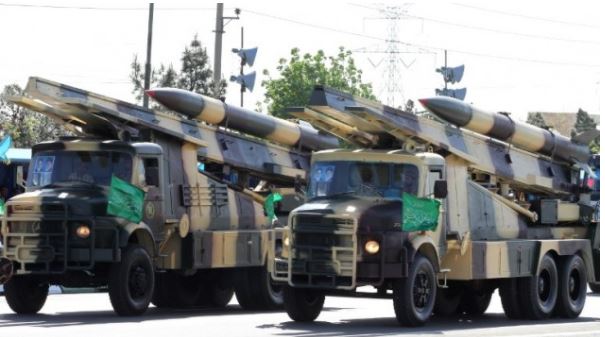 Iran is working tirelessly to outfit the Hezbollah terrorist group with more accurate missiles for a future war with Israel, which may dramatically affect the nature of such a conflict, according to Israeli military assessments released Wednesday. 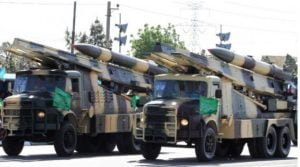 The army also believes that Iran will continue with its efforts to establish a presence in Syria through proxies, with which it can support Hezbollah and potentially open a second Syrian front against Israel.

Currently, Tehran has just 1,500 of its own Iranian Revolutionary Guards in Syria. However, the IDF believes that the Islamic Republic also controls over 10,000 fighters from Shiite militias. Hezbollah also has several thousand troops in the country, assisting Syrian dictator Bashar Assad in his war against rebel groups.

Regarding Iranian missile development, the Israeli military agrees with its American counterparts that video footage of a ballistic missile test released by Tehran earlier this week was, in fact, recycled footage from over nine months ago.

Iran said on Saturday that it successfully tested a new medium-range missile. State television carried footage of the launch of the Khoramshahr missile, which was first displayed at a high-profile military parade in Tehran on Friday. It also carried in-flight video from the nose cone.

But according to a Fox News report, two US officials claim that the video was more than seven months old and dated back to a failed launch in late January, which resulted in the missile exploding shortly after lift off.

The Israeli army assessment holds that Iran is upholding the 2015 nuclear deal by the letter but not necessarily the spirit, and that Tehran is doing all it can to prepare itself for the day after the agreement ends in eight years, so that it will be able to begin work on developing an atomic weapon as quickly as possible.

Meanwhile, Hezbollah is currently believed to possess approximately 120,000 missiles and rockets in Lebanon. In a future war, the IDF estimates that the Iran-backed group will launch over a thousand rockets a day at Israel.

However, not all rockets are created equal. Some are little more than metal containers with no guidance systems that would more likely strike an empty Israeli field than its intended target. But as Iran is providing Hezbollah with the missiles themselves and the ability to produce them independently, with factories in Lebanon, the fear is that the group will have more and more accurate missiles aimed at strategic sites in Israel.

While the IDF and the Defense Ministry have invested significant resources in aerial defense, army officers have repeatedly said that these anti-missile systems will not be able to stop all projectiles.

If it were in possession of superior missiles, Hezbollah would not wage the same type of war as it did in the Second Lebanon War. Notably, more accurate missiles would allow the terrorist group to launch a quick, focused attack on Israel, unlike the prolonged 2006 conflict, the assessment said.

Internal Security of Iran is in the hands of IRGC

Iranian officials put on travel blacklist by UK, US and Canada

Ahmad Ronaghi:”My son is deprived of all his basic human rights”