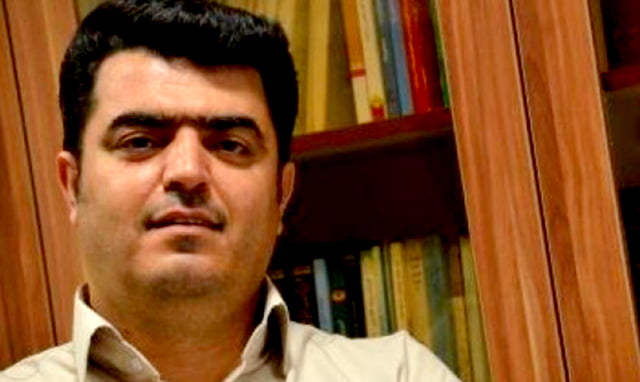 Iran’s judiciary has denied a request for a review of the heavy prison sentence issued against Esmail Abdi, the former secretary general of the country’s largest teachers’ rights organization, the Iranian Teachers’ Trade Association (ITTA). 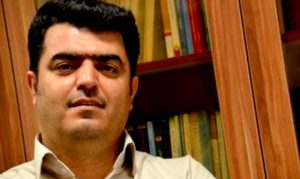 “In recent days we were informed that our request for a judicial review has been denied, but we will continue to follow up on his case through legal channels, including on his eligibility for conditional release,” Abdi’s attorney, Hossein Taj, told the semi-official Iranian Labor News Agency (ILNA) on October 4, 2017.

Since November 2016, Abdi, a 44-year-old high school mathematics teacher, has been serving a six-year prison sentence for his peaceful activism in support of labor rights.

He ended his hunger strike after more than 30 days on June 16, 2016, when judicial authorities agreed to consider reviewing his sentence.

In a letter announcing his hunger strike on April 30, 2017, the teachers’ rights activist said he would continue to refuse food “until my case is investigated in a normal way outside the security apparatus.”

“Is it a crime to protest the plunder of public funds, especially the teachers’ pension fund? Do teachers peacefully walking in a park threaten national security? Is it a crime to collect signatures to oblige the government to implement the law? Should the law apply only to the people, or government officials as well?” wrote Abdi.

“Under these circumstances, I announce my solidarity with all teachers and workers protesting the judiciary’s lack of independence in issuing security rulings against activists,” he added.

Abdi was arrested on June 27, 2015, by the Islamic Revolutionary Guard Corps’ intelligence arm, a week after being barred from leaving Iran to attend an international teachers’ conference in Canada.

In February 2016, Judge Abolqasem Salavati of Branch 15 of the Revolutionary Court sentenced him to six years in prison for the charges of “propaganda against the state” and “collusion against national security.” The verdict was upheld upon appeal.

After the Appeals Court’s decision, Abdi told the Center for Human Rights in Iran (CHRI) that the judge was influenced by several alleged violations added to the indictment by the IRGC’s Sarallah Headquarters.

“The Sarallah Headquarters, as the detaining authority, has had the wrong impression of our activities and has claimed that they were political in nature and directed against the state,” said Abdi in October 2016.