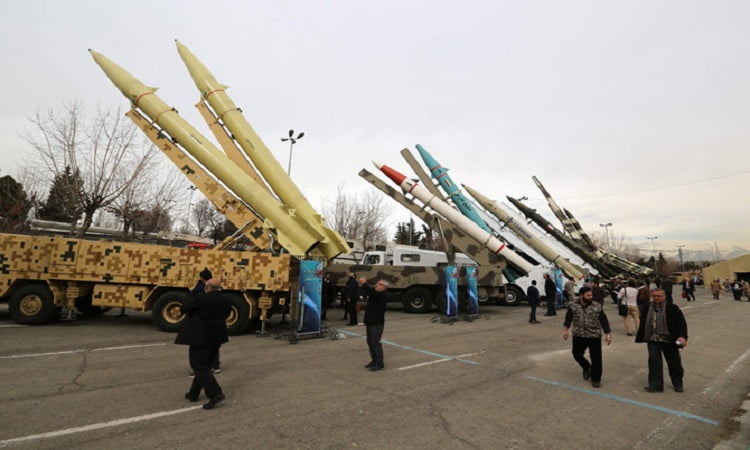 There are still some politicians, scholars and policy analysts who believe that imposing pressure and sanctions is not the answer to Iran’s aggressive policies and military adventurism in the Middle East.

It seems that they have forgotten recent history, where the policy of inaction and appeasement was tested during the eight years of the Obama administration. Five members of the UN Security Council lifted all four rounds of crippling sanctions that took decades to impose on the Islamic Republic. Former President Barack Obama revoked four previous executive orders against Iran — removing US unilateral sanctions and freeing up Iran’s assets, which were estimated to be worth between $50 billion to $150 billion.
The US Department of Treasury removed nearly 400 Iranian citizens from the blocked list, freed up their assets and permitted them to do business with the US. The US gave Iran the ability to re-enter the global financial system and export and import many commodities that were previously banned.
The rest of the Western world followed suit; the EU removed all nuclear-related economic and financial sanctions against Tehran and it began doing business with the theocratic establishment. The ruling mullahs were appeased through secret deals, such as the agreement, details of which were obtained by the Associated Press, revealing the fact that more significant restraints on Iran’s nuclear program were lifted even before the expiration of the nuclear deal. This shockingly allowed the Iranian authorities to install more advanced nuclear components than it ever possessed before.
Thanks to the lifting of US, EU and the UN Security Council’s sanctions, which allowed the Iranian regime and Iran’s Revolutionary Guard Corps (IRGC) to sell oil and do business freely in the international market, Tehran became financially and economically more powerful.
Upon the JCPOA’s agreement, Barack Obama said that he was “confident” the deal would “meet the national security needs of the United States and our allies.” Less than a year after pursuing this course of appeasement with Tehran, he added that the nuclear deal had helped in “avoiding further conflict and making us safer.”
But did inaction and appeasement policies genuinely turn the Islamic Republic into a civilized, rational and moderate state member of the international community?