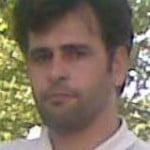 The security forces had arrested 30 people at the house of Mostafa Avazpour during the Iftar ceremony.

Currently, 15 individuals were sentenced to 2 years of suspended imprisonment and 4 months in prison in a court in the absence of their lawyers. The status of 15 others is unknown.

Abdollah Sadoughi’s brother stated that he has been on hunger strike since his detainment and has been transferred to prison clinic after stomach bleeding.

At least 2 other detainees are on hunger strike. Attroney Mousa Barzin Khalifehlou and Mehdi Hamidi Shafagh are the hunger strikers.

Shafagh’s brother stated that they have not been able to talk to him directly but other prisoners have informed them that he is on hungers trike.

Jamshid Zarei, Taghi Salahshour and Vahid Sheikh-beglou are currently held in Intelligence Ministry and there have been no reports as to their condition.