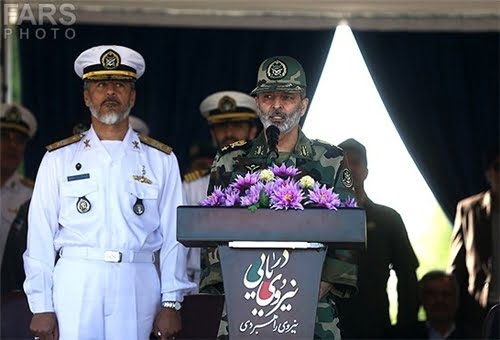 Intruders Should Pay Heavy Price – Lieutenant Commander of the Islamic Republic Army Brigadier General Abdulrahim Moussavi said Iranian air defense can even monitor moves across and beyond the country’s borders, and any aggressor who dares to violate Iran’s airspace will pay a heavy price. 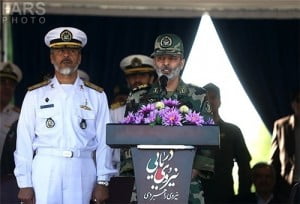 “Today, the enemy has come into the conclusion that the price of intruding Iranian skies will be high,” Moussavi said, addressing a ceremony on the occasion of the Air Defense Day in Iran on Monday.

He referred to the recent downing of an Israeli spy drone by the country’s air defense shield, and said, “This shows the full preparedness of the air defense and today 6 years after the establishment of an independent air defense base, all equipment, including strategic radars, have been built despite the sanctions (imposed by the West against Iran), which can monitor the enemies’ moves beyond the borders.”

Last Sunday, the Islamic Revolution Guards Corps (IRGC) announced in a statement that it had shot down an Israeli drone near the highly sensitive nuclear enrichment facility in Natanz in Central Iran.

The IRGC Public Relations Department said in the statement that the Israeli pilotless aircraft was a radar-evading, stealth drone with the mission to spy on Iran’s Natanz nuclear enrichment plant.

The IRGC also pointed out in its statement that the Israeli hostile aircraft had been targeted by a surface-to-air missile.

The IRGC then warned that it “reserves the right of response and retaliation for itself”.

A few hours later last Sunday, Director of the IRGC’s Public Relations Department General Ramezan Sharif told FNA that some of the parts of the downed aircraft are working, “and our experts are studying the information and intelligence of these parts”.

“We are now analyzing the information of this plane,” he added.

Then, Commander of the IRGC Aerospace Force Brigadier General Amir Ali Hajizadeh announced on Monday that “the downed spy drone is Hermes and made in Israel”.

He said the operational range of Hermes drones is 800 kilometers, adding that the aircraft can fly 1,600 kilometers by refueling once.

The General said parts of the aircraft have burnt out after it was targeted by the ground-to-air missiles and after its fuel tank blast, yet “some parts of this drone are intact and we are now analyzing the information and intel of these parts”.

Elaborating on the details of the down Israeli aircraft, the commander further stated that the drone, which is 5.5 meters wide in wings, is equipped with two cameras which can take high-quality photos.

“There was no prior information available about the aircraft and the only one of this type had been downed in Syria, but this one is more advanced,” General Hajizadeh said.

On Friday, Esmayeeli announced that the country’s home-made Shahab radar system played a major role in tracing the Israeli spy drone, adding that the aircraft was intercepted at an altitude of 3,700 meters (over 11,000ft).

“The Israeli spy drone, which enjoyed one of their most advanced technologies, was destroyed at the altitude of 3,700m,” Gen. Esmayeeli said.

He further underlined full operational harmony between the army and the Islamic Revolution Guards Corps in hunting the Israeli pilotless plane, and said, “This drone was targeted by firing only one missile, (and it is much precious because) otherwise it could have been dangerous to the Iranian aircraft flying through this or nearby corridors.”

“We allowed the drone to reach our desired zone because if it had been targeted at the borders, we could have lost its debris and the information of its cameras,” the Gen. added.

Also on Saturday, Chief of Staff of Armed Forces General Hassan Firouzabadi said Iran will target and destroy any enemy aircraft flying over its airspace.

“We will destroy any enemy aircraft which violates our country’s airspace,” Firouzabadi told FNA.

“The Israelis pursue spying policies and they have repeatedly shown that they are after spying on our country” in a bid to display that Iran’s nuclear program has a non-peaceful drive, while Iran has always been committed to international laws and pursues peaceful purposes in its nuclear activities.

“Hence, they move in line with this goal and use drones and other spying devices” to this end, Firouzabadi added.