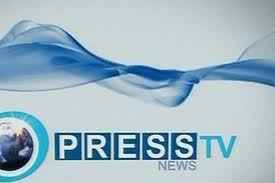 The English language channel, which is headquartered in Tehran but also has an office in London, has seen its main trading account at the National Westminster Bank suspended, Britain’s Times newspaper reported.

The bank will shortly close the account, the paper reported. A spokesman for the bank declined to tell the paper why it was taking the action.

Lauren Booth, the sister-in-law of former British prime minister Tony Blair who works for Press TV and recently converted to Islam, blasted the move as a “politically motivated act,” in comments to the paper.

It was “intended to cripple a thriving British company whose programmes and news bulletins shed light on areas of policy which certain agencies would sooner keep in the dark,” she said.

Matthew Richardson, Press TV’s legal adviser, was cited as saying that NatWest had refused to explain why it had frozen the account. “They’re not giving any reason why they’ve done it,” he said.

Western governments accuse Iran of trying to develop atomic weapons, and the Islamic republic has been the subject of four sets of United Nations sanctions.

Tehran insists its controversial nuclear programme is only for civilian purposes.

“I Fear for His Safety,” Says Father of Imprisoned Student Zia Nabavi

US rejects International Court of Justice ruling on Iran, continuing its isolationist charge