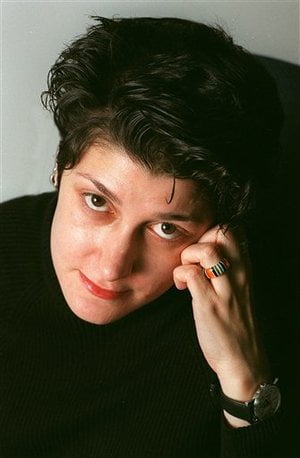 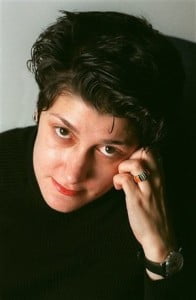 Canadian officials say they are “pressing for information” about the whereabouts of a Canadian journalist working for Al-Jazeera, after Syrian officials said she had been deported to Iran.

“We are very concerned about this individual and are pressing for information about her whereabouts,” Lisa Monette, a Department of Foreign Affairs spokeswoman, said Tuesday.

The Canadian response came hours after Iran’s foreign ministry said it is “pursuing” the whereabouts of journalist Dorothy Parvaz, who holds Canadian, U.S. and Iranian passports.

The 39-year-old has been missing since she arrived in Damascus from her home in Qatar on April 29 for an assignment with Al-Jazeera.

Pleas for information on Parvaz’s health and safety from those close to her went unanswered for six days, until Syrian officials confirmed they were holding her.

But that news was all her family would hear from Syrian authorities until last Wednesday, when the embassy in Washington said that she had been deported to Tehran after attempting to enter the country on an expired Iranian passport.

“We are pursuing the issue,” Iranian foreign ministry spokesman Ramin Mehmanparast said Tuesday when asked if Parvaz was in Iran.

“Acquiring information about her situation is important for us.”

The spokesman added: “She entered Syria on an invalid Iranian passport, did not have any work permit and was carrying other passports, American and Canadian.”

Iran does not officially recognize multiple nationalities for one person.

Three days earlier, Iranian Foreign Minister Ali Akbar Salehi had said he had “no information” on the journalist’s whereabouts.

Canadian officials “are engaging” Iranian and Syrian authorities at high levels in an effort to get more information on Parvaz’s situation, the Foreign Affairs spokeswoman said.

Relations between Iran and Canada have long been strained. In 2003, Zahra Kazemi, a Canadian Iranian photojournalist, was tortured then killed in a prison in Tehran.

In summer 2009, Canadian Iranian filmmaker and Newsweek correspondent Maziar Bahari was imprisoned and was only released following pressure from the U.S. government.

The Conservative government has repeatedly condemned Iranian authorities, with Prime Minister Stephen Harper labelling the regime’s ideology as “evil,” and saying its use of “brute force and intimidation” against its own people has been unacceptable.

According to the Syrian embassy, Parvaz was put on a flight to Tehran on May 1, escorted by the Iranian consul in Damascus, within “less than 48 hours of her arrival.”

It said Parvaz was turned over to Iran because she was carrying an expired Iranian passport when she arrived in Damascus, citing “tourism” as her reason for travel.

“It is very regretful that a journalist working for a world-renowned news agency such as Al-Jazeera International would attempt to enter a country on two illegal accounts — an expired passport, and by providing false information on official documents regarding her travel reason,” the embassy said.

The Syrian government had been clamping down on dissidents and members of the media as demonstrations continue to spread through the country, which is in the throes of a violent civil uprising.

Parvaz, 39, began working with Al-Jazeera in 2010. She was born in Iran but moved to Canada when she was 12. Some of her family members remain in British Columbia, and Canadian officials are in contact with them, Monette said.

Al-Jazeera appealed to Iran last week for the immediate release of Parvaz. U.S. authorities have also expressed concern about her case.

With files from Agence France-Presse