Iran accused at UN of shipping weapons to Syria 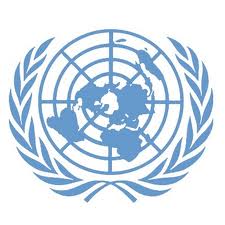 The United States and Britain accused Iran at the United Nations on Wednesday of shipping weapons to Syria that are being used by the Syrian government against their own people.

U.S., British and French diplomats voiced alarm over reports from governments that Iran has been violating U.N. sanctions and is illegally supplying weapons to Syrian President Bashar al-Assad’s government for its bloody year-long crackdown on pro-democracy protesters.

The accusation was made during a U.N. Security Council briefing on the reported sanctions violations by Tehran.

“We are alarmed that a majority of the violations … involved illicit transfers of arms and related material from Iran to Syria, where the Assad regime is using them to violently repress the Syrian people,” U.S. Deputy Ambassador to the United Nations, Rosemary DiCarlo, told the council.

Under U.N. sanctions imposed on Iran for refusing to halt its nuclear enrichment program, Tehran is banned from exporting weapons. A 2011 U.N. report accused Iran of smuggling arms to Syria, but at the time Western diplomats said those weapons were being passed on to Lebanese and Palestinian militants.

Iran and Syria have denied charges of arms trade.

The United Nations says over 8,000 civilians have been killed during the Syrian government’s crackdown. The U.N. Security Council voiced support on Wednesday for U.N.-Arab League envoy Kofi Annan’s bid to end violence that has brought Syria to the brink of civil war.

“We are seriously concerned by evidence of systematic Iranian activity to provide weapons illegally to the Syrian government. Weapons which, as we speak, are being used to violently suppress the people of Syria,” Britain’s U.N. Ambassador Mark Lyall Grant told the council.

French Deputy U.N. Ambassador Martin Briens said many detailed reports of weapons deliveries to Syria from Iran had been made to the Security Council committee that monitors violations of the sanctions on Tehran.

“The scope of this confirms the existence of a deliberate and continued policy of the illicit transfer of arms and related material between Iran and Syria,” he told the council, adding that France was “extremely concerned.”

The Security Council first imposed sanctions on Iran in 2006. Western powers suspect Iran is developing the capability to produce nuclear weapons under cover of a civilian atomic energy program. Iran insists its only aim is the peaceful generation of electricity and refuses to halt its enrichment program.

The council has adopted several rounds of sanctions against Iran. The recent sanctions resolution was approved in June 2010.