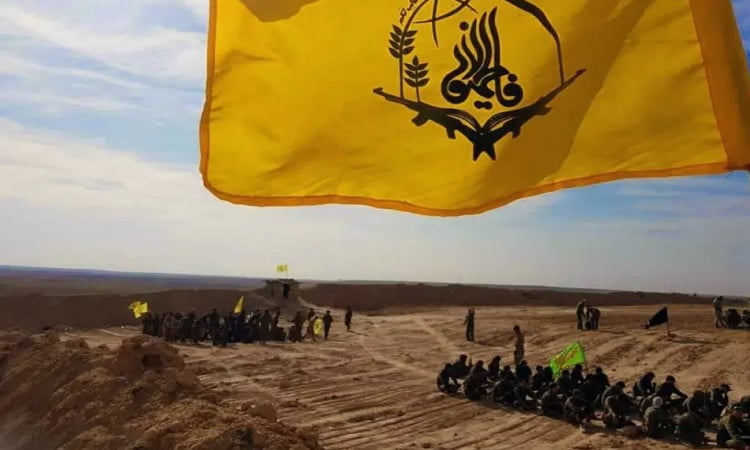 Other photos posted recently about the Fatemiyoun show them training near Albukamal and include details of protests against their presence in Deir Ezzor.

Iranian-recruited Afghans affiliated with the group Liwa Fatemiyoun posted a video on Tuesday showing them near the Golan Heights and claiming that they had come to fight the “Zionists.” The Fatemiyoun are a group of Afghan Shi’ites recruited by Iran’s Islamic Revolutionary Guard Corps to fight in Syria on the side of the Syrian regime. They have played a key role in some battles near Palmyra and they are now continuing to train and live in Syria.

The video was posted to a Twitter account affiliated with the Fatemiyoun and links to a longer version of a documentary about the role of the Afghans in Syria. It is mostly a propaganda film about how they came to fight ISIS and save Shi’ite sites. The longer online version is not centered on Israel as much as the one minute clip they posted to Twitter. The clip shows them near the Golan Heights and claiming that their final target is Israel.
Joe Truzman, a social media user and security expert, noticed the video and added subtitles to it. He says that it “shows their fighters a short distance away from the Golan Heights.” The fighters say their “final target is that white mountain which is the Golan Heights and is being held by Israel.” The white mountain is the Hermon. It is not clear when the video was shot. There has been some snow on the Hermon this year but it may have been in the spring or years ago. The unit has operated in Syria for several years, but the claim that they want to target Israel is new and is part of growing Israel-Iran tensions. Syrian regime media outlet SANA accused Israel of airstrikes over Syria on Sunday night.
Other photos posted recently about the Fatemiyoun show them training near Albukamal and include details of protests against their presence in Deir Ezzor. The photos near Albukamal may have been taken at the Imam Ali base that Iran is building in Syria. The base was hit by airstrikes in September, but recent photos show that Iran is building tunnels to hide weapons there. They appear to be setting down roots in Syria.
Read more …