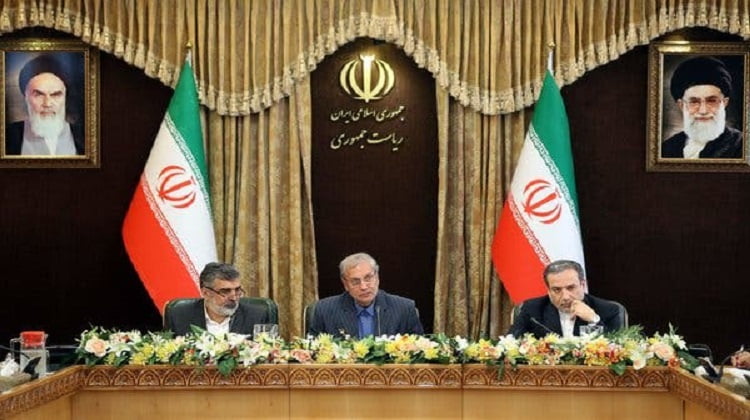 Iran announced on Monday its latest violations of the nuclear deal with world powers, saying that it now operates twice as many advanced centrifuges banned by the 2015 accord and is working on a prototype that’s 50 times faster than those allowed by the deal.

The announcement came as the country marks the 40th anniversary of the 1979 U.S. Embassy takeover that started a 444-day hostage crisis.

By starting up these advanced centrifuges, Iran further cuts into the one year that experts estimate Tehran would need to have enough material for building a nuclear weapon — if it chose to pursue one.

The comments by Ali Akbar Salehi, the head of the Atomic Energy Organization of Iran, came ahead of an expected announcement by Tehran of the new ways it would break the accord.

Already, Iran has broken through its stockpile and enrichment limitations, trying to pressure Europe to offer it a new deal, more than a year since President Donald Trump unilaterally withdrew America from the accord.

Speaking to state TV, Salehi said Tehran is now operating 60 IR-6 advanced centrifuges — twice as many as before. Such a centrifuge, an IR-6, can produce enriched uranium 10 times as fast as the first-generation IR-1s allowed under the accord.

Salehi also announced that scientists were working on a prototype he called the IR-9, which worked 50-times faster than the IR-1.