The village of al-Mukhaysa, in the east of the Iraqi province of Diyala, is on the verge of a disaster, after being cut off by a siege enforced by militias. 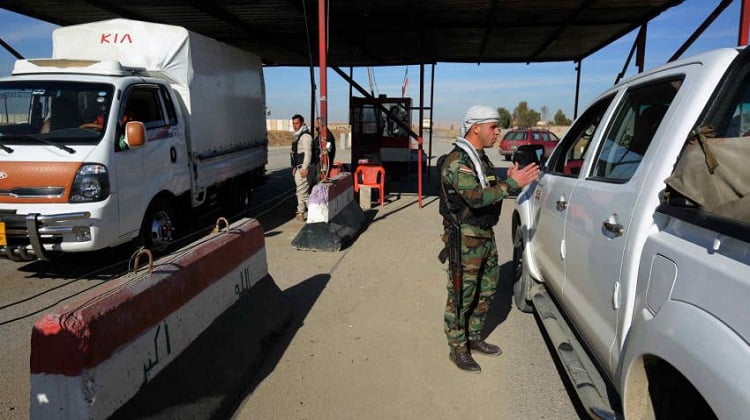 The Shia-dominated, Iran-backed Popular Mobilisation Forces have cut off the roads and prevented the arrival of food and medicine to the town, in what has been described by locals as an attempt “to force demographic change”.

“The militia factions have besieged the village for 20 days, cutting off all roads. The reasons and motives for the siege is not known, and people will die due to lack of food and medicine,” a provincial official told The New Arab.

“Local officials have applied pressure to lift the siege on the village, but the miltias and the political parties who back them refuse to do so,” he said. He added that the continuation of the siege threatens a “humanitarian disaster in the town”.

“Political forces have been sending reassuring messages, but there are still parties working to destabilise the internal security of Iraq, and what is happening in the village of al-Mukhaysa shows it may join Basra in a new spiral of violence,” he said.

Over the weekend activists in the southern Iraq province of Basra described a campaign of intimidation and arbitrary detentions by powerful Iran-backed Shia militias and political groups that control the city, which has recently been rocked by protests.

Back in Diyala, Al-Dahlikia said the militias were threatening to kill any citizen leaving the village for supplies, despite the presence of state security forces.

“They suffer from deprivation and destitution,” he said,  warning the situation in the village was at risk of  “exploding” if residents were influenced by the events in Basra.

“We used to hold terrorists of al-Qaeda and Daesh [the Islamic State group] responsible for taking away the security of our citizens… but the murder and kidnapping and the besieging of citizens continues,” the MP said.

Read More At: The New Arab

Iran's Revolutionary Guards: What You Need to Know Bolton: U.S. forces will stay in Syria until Iran and its proxies depart

On 3rd of January a news spread in social media regarding Qasem Soleimani and AbuMahdi Mohandes who has died by a US drone strike near Baghdad Airport and this was the end of their lives. In social media, especially Iranian users, there was a chaotic situation, some called of “the general of... END_OF_DOCUMENT_TOKEN_TO_BE_REPLACED