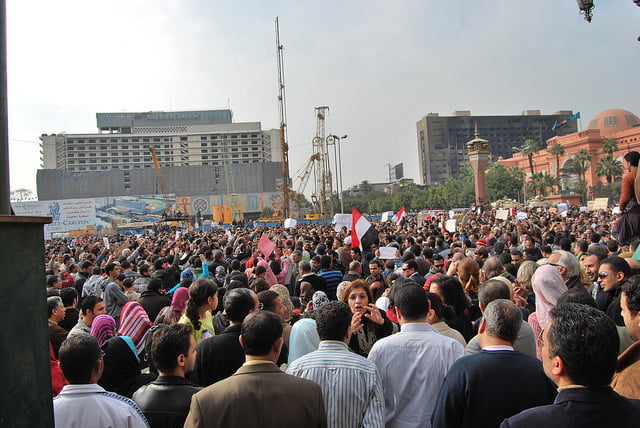 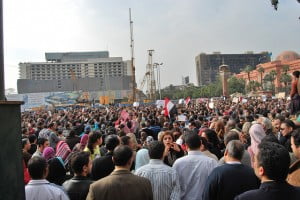 WIRED – The authoritarian regimes in Iran and China are playing a double game, when it comes to the unrest in the Middle East. Tehran and Beijing are doing their best to spin the protests in their favor, when they talk to the world. But at home, they’re pursuing a different strategy: trying to muzzle anything but the official line on the upheaval.

Commentators have been keen to liken the revolutions in Egypt and Tunisia both to the 1979 revolution that brought the Iranian regime to power and the electoral protests of the Green Movement which tried to unseat it. Not surprisingly, the Iranian government has preferred to use the latter comparison.

Iran has sought to graft its own ideology and history onto the protests — as seems to be popular these days — painting the movements as the Egyptian version of the 1979 Iranian revolution that ushered in its theocracy. “Iran’s Islamic Revolution became a role model for the Egyptian nation. Without doubt the Egyptian dictator [President Hosni Mubarak] will share the same destiny as that of Iran’s dictator [Mohammad Reza Pahlavi],” the military affairs advisor to Iran’s Supreme Leader told the semi-official Fars News Agency. Fars has pushed the supposed continuities further, playing up the claims of some Tunisian activists that they intend to form a group based on Lebanon’s Hezbollah, the political party cum terrorist group which acts as a proxy for Iran.

Iran’s enthusiasm for analogies between revolution and Egypt’s ends at 1979, though. Although it’s probably pleased to see an American-aligned rival regime go, Iran still seems a little nervous about giving its own reputedly Twitter-powered dissidents in theGreen Movement too much inspiration from the anti-government protests in Egypt. Since Monday, Iranians’ access to outside political news from Yahoo, Google and Reuters, some of the few remaining such outlets available in Iran, has been cut off without explanation, though some anodyne entertainment news is still accessible.

With large economic interests in Egypt, China’s hopes for Egypt are decidedly less ideological. In public, Beijing is asking for just one thing: quiet.

“We hope Egypt will restore social stability and normal order as soon as possible.” That’s been the consistent refrain from China’s Foreign Ministry when quizzed on its reaction to the events.

At home, China has blocked internet searches for “Egypt” and reportedly ordered Chinese media to follow the state-run news serviceXinhua’s line on the protest movements, which has emphasized the disturbance caused by the protests at the expense of explanations of their political grievances.

The private intelligence firm Stratfor points out that this has become increasingly standard practice for China during high-profile protest movements such as the revolutions in Georgia, Ukraine and Iran captivate global media. It probably doesn’t help that the Western press keeps mentioning Tahrir Square in the same breath as the 1989 Tiananmen square protests and subsequent crackdown, It’s a chapter of history banned from discussion in China. Let’s hope this one ends a little more happily.

US to Declare Iran’s Revolutionary Guard Corps a Terrorist Group

Iraqis Living In Fear Thanks To Iran-Fueled Violence