How Iran Continues To Deceive The West

How Iran Continues To Deceive The West – Last week’s IAF strike on a Hezbollah convoy near Kuneitra on the Israel-Syria border, in which six members of the Iranian Revolutionary Guard Corps (IRGC) were killed, has led to increased Iranian threats to annihilate the Jewish State. 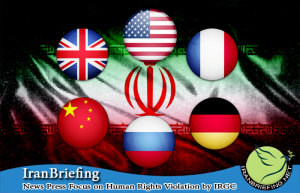 How Iran Continues To Deceive The West

Iranian top officials vowed to hit Israel with “devastating thunderbolts” that would cause “the collapse of the Zionist regime.” The IAF strike killed Brig. Gen. Mohammad Ali Allahdadi, who oversaw Iranian military actions in Syria on behalf of Syrian president Bashar al-Assad.

The presence of the IRGC members on the Golan Heights in Syria has led to speculation that Iran and Hezbollah were on the verge of executing a military operation against Israel.

Eyal Ben Reuven, a retired Israeli major general and former deputy head of the Northern Command of the Israeli Defense Forces (IDF), last week said that if the “highest level of Hezbollah and IRGC commanders were in the Golan Heights it means that what they’re planning could be an operation on a high level.”

Other reports claimed that Hezbollah planned to bring rocket launchers to the Kuneitra area in order to open a new front against Israel from the Golan Heights.

This seems to be pure speculation. The fact of the matter is that IRGC members were on a reconnaissance mission on the Golan Heights.

What does that mean? It is new evidence of Iran’s success in advancing its strategy for Syria and other parts of the Middle East (Iraq, Yemen, Gaza, Bahrain).

The aim of this strategy is to widen Iran’s influence in the Middle East and beyond. It is for this reason too that Iran develops nuclear weapons and long-range ballistic missiles; and it is one of the reasons it aims to destroy Israel, the sole regional superpower. It is therefore more reasonable to assume that Israel delivered a strong signal to Iran to not upset the delicate status quo on the Golan Heights, and that it will put limits on Iran’s activities adjacent to Israeli borders.

Israel apparently realizes that Iran has taken over control of (what remains of) Syria from President al-Assad.

Here is how that happened.

In late 2012, al-Assad was on the ropes in his battle with opposition groups such as al-Nusra in the north of Syria and the area around Damascus. He had to make tough choices and decided to shift his forces from the Qusayr area to the area of Damascus and to eastern Ghouta and Daraya.

At that point, Hezbollah and IRGC stepped in to defend Qusayr to make sure that Homs would not be cut off from Damascus and to secure access from the Beqaa Valley in Lebanon to Damascus and Homs.

However, as has become clear from a recent Der Spiegel report, there was another reason for the Iranians to step in at Qusayr.  The German Magazine reported on January 9th that it had obtained secret information that made clear that the world had again been misled about Syria’s nuclear ambitions. A new nuclear facility had been built after Israel destroyed Syria’s nuclear reactor in Deir al-Zur in 2007.

This new nuclear facility is located west of Qusayr, two kilometers from the border with Lebanon.  The area saw heavy fighting between al-Nusra and elite Hezbollah units in the spring of 2013. Hezbollah suffered heavy losses, but succeeded in holding the area.

Intercepted radio traffic between a high-ranking Hezbollah operative and Ibrahim Othman, the head of the Syrian Atomic Energy Commission, delivered the clearest proof that an underground nuclear facility has been built in Qusayr. The Hezbollah man referred to the site as the “atomic factory.” During the intercepted conversations, he also mentioned that members of the IRGC were working at the facility.

According to Der Spiegel, it is almost certain that Chou Ji Bu, the engineer who built the nuclear reactor in Yongbyon in North Korea, is also involved in the new nuclear project at Qusayr.

Der Spiegel labeled the secret facility at Qusayr “a new Syrian push for nuclear weapons.” However, the area has been controlled by Hezbollah and the Iranian Revolutionary Guard since mid-2013. The commander of the Iranian paramilitary Quds Force, Qassem Soleimani, was the one who fully orchestrated the Hezbollah takeover of Qusayr.

Though it is true that al-Assad originally directed the work in Qusayr that began in 2009, today it is clear that Hezbollah and the IRGC are the ones controlling the facility.

Members of the Free Syrian Army in the area of Qusayr reported on January 12th that Iranian officers were supervising the secret facility and that the Syrian regime is only a cover-up for this.

From Zadeh’s statement, it becomes clear that Iran uses the territory of Syria to advance its quest for regional domination and to advance its plans for the destruction of Israel.

It is no coincidence either that Iran now controls a nuclear facility outside its own territory. Although Syria is a signatory to the Treaty on the Non-Proliferation of Nuclear Weapons, inspections by the IAEA are not possible because of the turmoil in the country. This is an ideal situation for Iran, which is currently negotiating with the P5+1 countries about a deal designed to curb its nuclear program.

Under the Joint Plan of Action (JPOA) that was part of the interim deal between Iran and the six UNSC countries from November 2013, Iran should halt activities at its plutonium plant in Arak. The White House fact sheet stated: “Iran has committed to no further advances of its activities at Arak and to halt progress on its plutonium track.”

Observers were quick to notice that the text contained a loophole. The reference to activities at Arak seemed to allow unlimited research and work on locations away from the site as long as they did not physically happen at Arak.

Later, it became clear that Iran had noticed the loophole too. Foreign Minister Zarif announced that Iran would continue construction at the facility. State Department spokeswoman Jen Psaki did not see any problem when reporters pressed her on the issue. She asked: “What’s the big deal about a road here or a building there?”

Foreign Policy last month reported that the United States has privately accused Iran of an international shopping spree to acquire components for a heavy water reactor such as the one in Arak. The magazine wrote that a U.S. delegation informed a UNSC panel of experts that Iranian procurement agents have been increasing their efforts to illicitly obtain equipment for the reactor at the Arak nuclear complex.

It is not clear yet what type of nuclear facility has been built at Qusayr. Weapons expert Jennifer Dyer says it is certainly not a centrifuge facility like the complexes in Natanz and Fordo in Iran. It could be a plant where yellowcake is converted to UF4 and is metalized into fuel rods for a reactor. But it also could be a plutonium facility.

The reactor in Deir al-Zur was assessed to be a gas-graphite reactor like the one in Yongbyon, North Korea. That reactor could produce enough plutonium for one or two plutonium bombs per year, Dyer wrote.

The Channel showed a satellite image taken by the Israeli EROS B satellite of a twenty seven meter-long Iranian Intercontinental Ballistic Missile (IBM) on a launch pad close to Teheran. This type of missile is generally used to carry a nuclear warhead and can reach the United States.

Iran is obligated by United Nations Security Council resolutions to suspend work on ballistic missiles. The images published by Channel Two clearly show that Iran has violated these UNSC resolutions.

More astonishing, however, is the fact that the JPOA that was part of the interim agreement between Iran and the 5+1 countries did not impose any restrictions on ballistic missile development. Originally, an US National Security Council official said that an Iranian ballistic missile test would “be in violation of the agreement” and cause the deal to “cease to exist.”

Obama officials, however, clarified their stance. Instead of imposing absolute restrictions on such tests, the JPOA apparently imposed no restrictions on ballistic missile tests. As a result, Iran now possesses a missile that can carry a nuclear warhead to the United States.

These recent developments involving Iran show clearly that the regime in Teheran has not changed its ways and is still advancing its agenda of exporting the Islamic revolution by destabilizing the region.

It is also very clear that Iran keeps making progress on its nuclear program and is only conducting talks with the P5+1 -countries to buy time.

How do we know this? In fact, it is a simple story. The West has been negotiating with Iran for twelve years now. Iran’s position has remained unchanged since 2003, when the EU3 countries started to engage Iran regarding its nuclear program, through 2008, when U.S. Under Secretary of State William Burns joined the negotiations, until today, when the Obama administration is trying to obtain a deal.

The regime in Teheran insists on its right to enrich uranium and to build new nuclear facilities. Iran continues to work on the development of ballistic missiles that are used to carry nuclear warheads.

The Iranians also breached the JPOA by feeding gas into IR-5 centrifuges and by testing advanced IR-8 centrifuges. They illicitly acquired parts for their heavy-water reactor and busted through energy caps every single month of the deal. Iran is also heavily involved in a new nuclear facility in Syria that could be a plutonium plant.

Last week, IAEA director Yukiya Amono  said that Iran still refuses to give the Atomic Agency all the information it needs to determine if all of the Iranian nuclear activities are for peaceful purposes.

Here is what Amono said during a speech at the University of Indonesia last Friday: “As far as Iran is concerned, the Agency is able to verify the non-diversion of nuclear material declared to us by Iran under its Safeguards Agreement. But we are not in a position to provide credible assurance about the absence of undeclared nuclear material and activities in Iran, and therefore to conclude that all nuclear material in Iran is for peaceful activities.”

When the moment of truth came in the negotiations in July and November last year, the Iranians refused once again to accept the proposals to limit their nuclear program.

The original Western threat that “all options (including the military) are on the table” to stop Iran from becoming a nuclear threshold power has become a joke. Now, the U.S. administration even opposes a Congressional bill to impose deadline-triggered sanctions against Iran if no reasonable deal is reached by July of this year.

During a closed-door meeting of Senate Democrats in Baltimore last week, Obama charged that the Congressmen who favor the bill were doing so only to please “donors.” Everybody in the room understood that he meant Jewish and pro-Israel donors. Senator Robert Menendez, who initiated the bill, took this as a personal affront; but Obama didn’t back away from his statement.

While on CBS’ ‘Face the Nation’, Senator John McCain this weekend said that the president has lost touch with reality. He said that Iran is on the march everywhere, and there is no strategy to defeat them. McCain stated that there is a need for congressional ratification of any agreement that is made, and that it is important that Israeli PM Netanyahu speak to the American people about the dangers of a nuclear Iran.

Source: Western Journalism – How Iran Continues To Deceive The West

On 3rd of January a news spread in social media regarding Qasem Soleimani and AbuMahdi Mohandes who has died by a US drone strike near Baghdad Airport and this was the end of their lives. In social media, especially Iranian users, there was a chaotic situation, some called of “the general of... END_OF_DOCUMENT_TOKEN_TO_BE_REPLACED