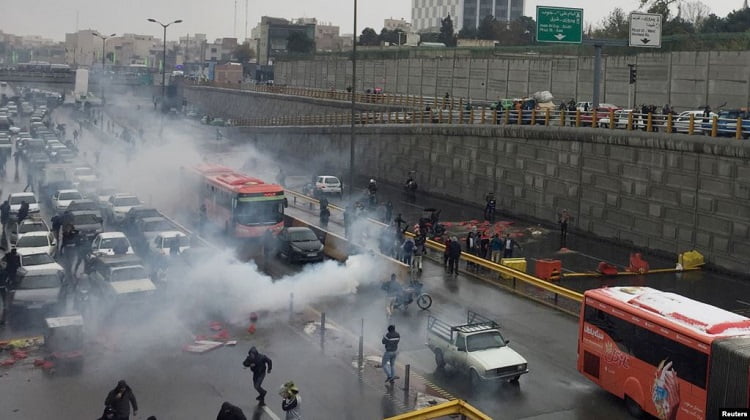 An Iranian human rights group on February 25 reported that a court has sentenced five individuals arrested during November protests to a total of thirty years in prison as well as flogging and exile. 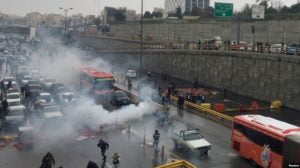 Iranian authorities have not officially announced how many were arrested during the protests in November. It is also not clear how many of the arrested protesters are still being held in detention. Some of the protesters, however, have been put on trial in various regions.

An overnight three-fold increase in gasoline prices in November 2019 triggered a wave of protests that soon turned into anti-Islamic Republic unrest in 29 out of 31 provinces of Iran.

According to Radio Farda’s investigations of separate announcements made by local authorities at least 8000 were arrested during the protests.

According to the Abdorrahman Boroumand Center for Human Rights in Iran, Branch 10 of the Criminal Court of Sharhriar has sentenced 29-year-old Mohammad Eqbali Galhin on charges of “destroying public property”, “disturbance of public peace and order” to 11 years in prison, 74 lashes and one year exile to Rask, a city in Sistan and Baluchestan Province.

Another court, Branch 36 of Tehran Revolutionary court has sentenced Samira Hadian who was also arrested during the protests on November 20 to eight years in prison.