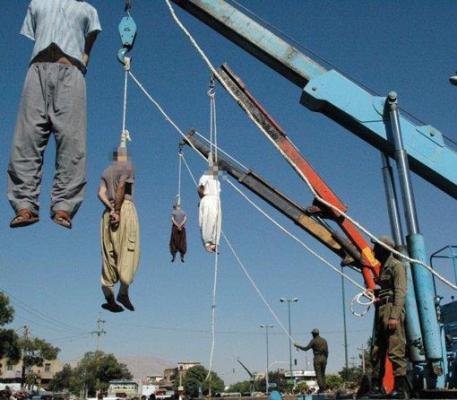 The report indicates that the prisoners were hanged without prior notice to their lawyers or their families.

The Campaign reports that these 10 prisoners were executed without official notification by the government, as has been the case with hundreds of other prisoners secretly executed in Vakilabad Prison in recent months.

The Campaign says these executions are taking place without the legally required official confirmations from the Supreme Court, which are supposed to be issued to the lawyers of the condemned prisoners.

Yesterday, the head of Iran’s Supreme Court announced that it will expedite the confirmation of execution sentences so that they will make a greater impression on the public and society.

The International Campaign for Human Rights in Iran reports that several former prisoners and families of executed prisoners at Vakilabad Prison have complained about the rushed and illegal proceedings surrounding the confirmation of prisoner death sentences.

The report also indicates that apart from Vakilabad, Birjand and Taibad prisons have been the site of several unannounced executions, with the majority of prisoners being Afghani nationals.

In the past year, the number of executions in Iran has surged dramatically. The opposition has accused the authorities of using executions as a tool to intimidate protesters who challenge the legitimacy of the Ahmadinejad administration, alleging the 2009 presidential elections were rigged.

The United Nations has expressed grave concern over the rise in the number of executions in Iran.