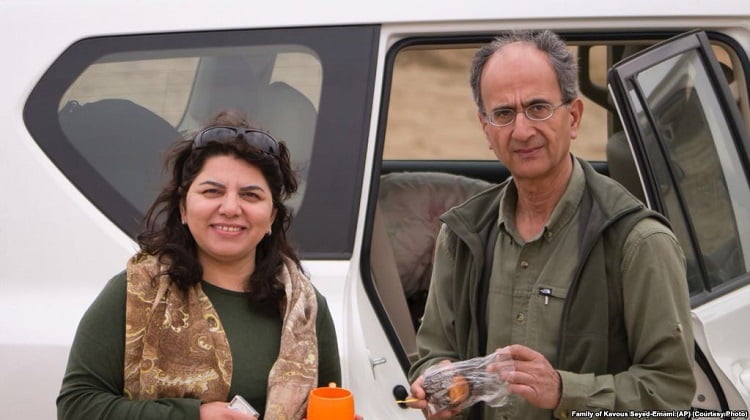 An Iranian state news agency says authorities have extended a travel ban on the widow of an Iranian-Canadian environmentalist who died in prison last year after being arrested on suspicion of espionage.

IRNA quoted a lawyer for Maryam Mombeini as saying in a Tuesday interview that he had gone to a Tehran court on Sunday to seek an end to the year-long ban imposed on the widow of the environmentalist, Kavous Seyed-Emami. Lawyer Payam Derafshan told IRNA that a court official informed him the travel ban on Mombeini has been extended.

IRNA quoted Derafshan as saying that in response, he wrote a letter of complaint to a Tehran prosecutor, arguing the ban should not have been extended because Mombeini has fully cooperated with authorities investigating the spying allegations against her late husband and she was not a suspect in that case. The lawyer told IRNA he also reminded the prosecutor that Mombeini’s travel ban has deprived her from being with her two sons, who left Iran for Canada last March.

There was no word from Iranian state media as to why Mombeini has been barred from leaving Iran.

One of her sons, Vancouver-based Ramin Emami, retweeted a link to Tuesday’s IRNA report about his mother and commented: “What to say about this injustice?” He also added a zipper-mouth face emoji, suggesting he was unable to say more about the case, and the hashtag #bringmaryamhome.

Iran detained Seyed-Emami and eight other members of the Persian Wildlife Heritage Foundation in January 2018, accusing them of using wildlife cameras to spy on military sites. Seyed-Emami died in custody the following month in what officials termed a suicide. Family members disputed that assertion and called for further investigation.