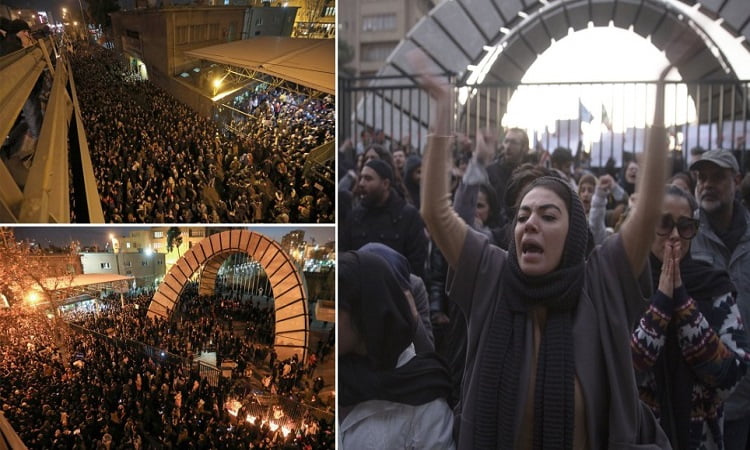 Amid an unprecedented crisis after the downfall of the Ukrainian airliner, Iran’s supreme leader Ayatollah Ali Khamenei performed Friday prayers on January 17 by himself, for the first time in eight years.Iran

Jahan-e San’at, one of the newspapers founded by the regime, described Khamenei’s presence as:

“An attempt to psychologically rebuild the society,” adding “There was a high level of stress among people (…); mental rehabilitation was the leader’s main goal”.

However, the implicit meaning of this speech is the rebuilding of the disintegrating moral of the regime’s forces.

“Today, trust between the government and the people has reached its lowest point. If such an unprecedented event (regarding the shot down of the Ukrainian plane) had occurred anywhere else in the world, there would be many officers detained, while others of high rank would have already resigned from their positions”, published the official paper Arman, on January 18th.

Incredibly, forty minutes after his Friday prayer’s speech, Khamenei referred to this enormous tragedy of international interest just as “the little issue” that shook the whole world. He did not apologize for commanding the target of the Ukrainian flight with two missiles, which resulted in the death of 176 passengers and crew. Nor did he assume any responsibility for this “human error”.

With a regime out of cash, uprisings against the Rouhani party are fated

Instead, he praised the Islamic Revolutionary Guard Corps (IRGC) commanders for “explaining to the people how the things went and telling the truth”. Regarding the performance of the forces under his command, he accused the “enemy” of “challenging the IRGC” by addressing this issue, when the IRGC’s main responsibility is to maintain Iran’s religious fascism.

The reason why the supreme leader does not mention those responsible for shooting the plane down is the extreme weakness and vulnerability of the regime. There is no room to dismiss or publicly reprimand a senior IRGC officer. The Iranian religious dictatorship is so insecure that it could not even consider this under the fear that any demonstration of weakness would end up increasing the bravery of the young people. Encouraging the popular opposition.