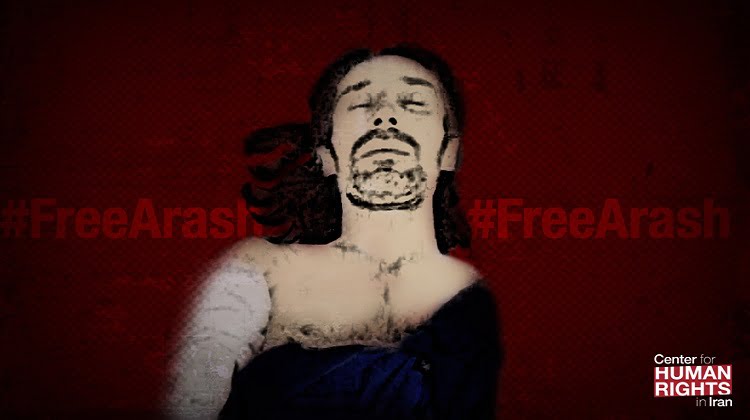 Iranian authorities should immediately free political prisoner Arash Sadeghi so he can receive medical care for serious health issues that require urgent and sustained care, the Center for Human Rights in Iran (CHRI) said in a statement today.

“It is the responsibility of Iran’s State Prisons Organization and the judiciary to safeguard the well-being of all detainees in Iran, but they are failing to protect political prisoners, including Sadeghi, from suffering irreparable harm,” added Ghaemi.

Sadeghi’s father informed CHRI on September 28, 2018, that his son may have Chondrosarcoma, a cancer that causes bone tumors, and that he is awaiting test results to determine whether a bone tumor on Sadeghi’s arm is malignant or benign.

A doctor in a hospital outside the prison discovered the tumor in June 2018 but prison authorities have consistently prevented him from receiving specialized medical treatment. After Sadeghi underwent the biopsy and was returned to Rajaee Shahr Prison in the city of Karaj, he developed a serious infection.

“His arm has gotten infected and they’re giving him high doses of antibiotics,” Hossein Sadeghi told CHRI after visiting his son in prison on September 26.

“That’s because on Saturday [September 22] they deliberately took him to the hospital when it was late and his doctor wasn’t there and so he was seen by a resident [student physician],” he said.

“They should have listened to the doctors’ orders and kept him hospitalized but Mr. Rostam [first name unknown], the prison’s judicial representative, and [Alireza] Ziaie, the prison’s director, refused and he was sent back to prison two days after the biopsy—and his own doctor has still not visited him,” added Hossein Sadeghi.

Ahad Azadikhah: selected candidate for the second round of Parliamentary elections in Malayer (Hamedan)

“No,” Says Head of Iran’s Judiciary to Special Rapporteur on Human Rights