Mar 14, 2020 IRGC, Politic, Slider Comments Off on How Iran Became a Global Vector of Infection for COVID-19

The authoritarian theocracy faces specific challenges in dealing with the coronavirus 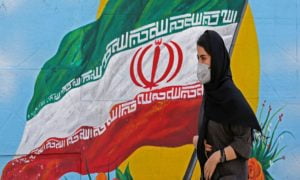 As the world hunkers down to face the global outbreak of COVID-19, also called the coronavirus (or “Wuhan virus,” depending on one’s political inclinations), the focus of world attention has shifted from its origin point of China—where aggressive containment measures have seemingly worked to counter the exponential growth of those infected—to Italy, where a swift eruption of cases in the north has led to an effective shutdown of the entire country. Lost in this frantic and spastic global attention span is how hard the virus has been hitting Iran. Exclusive reports from doctors inside the country reveal a state of disorganized chaos, little to no accurate information, and scarce resources that limit the ability of the health-care system to cope with the flood of new cases.

Iran currently has the third-worst outbreak of COVID-19 following China and Italy, with as of Friday 514 official deaths since the first reported case on Feb. 19. Speculation that the situation there is far, far worse than official accounts indicate has been bolstered by the relatively large number of Iranian upper echelons—regime officials, clerics, and members of the Islamic Revolutionary Guard Corps (IRGC)—who have contracted the disease, some of them fatally.

Additionally, several countries have discovered cases of COVID-19 that originated with travelers from Iran in the early days of March. One of the first cases in New Zealand came from a family who had recently traveled to the Islamic Republic. At least three of the first 12 cases in Canada came via Iran, as did all 33 initial cases in Iraq. In the United States, the first confirmed COVID-19 case in New York City was a health-care worker who had returned from Iran, and Los Angeles also identified a coronavirus patient from Iran who passed through LAX. India evacuated hundreds of Indian Muslim pilgrims from affected areas in Iran, many of whom tested positive for the coronavirus. And in Lebanon, reports indicate—difficult to confirm—that Hebzollah officials (possibly including Secretary-General Hassan Nasrallah himself) had contracted the virus from an Iranian delegation that visited the country headed by the speaker of Iran’s parliament, Ali Larijani. There are also reports of new cases in China that were transmitted there by travelers from Iran.

On 3rd of January a news spread in social media regarding Qasem Soleimani and AbuMahdi Mohandes who has died by a US drone strike near Baghdad Airport and this was the end of their lives. In social media, especially Iranian users, there was a chaotic situation, some called of “the general of... END_OF_DOCUMENT_TOKEN_TO_BE_REPLACED