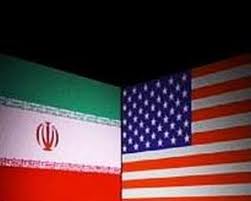 AFP/2011-02-07 – Iran’s elite military force, the Revolutionary Guards, denied on Monday that it is holding former FBI agent Robert Levinson as reported on some websites.

“We deny the arrest of the FBI agent and if the Guards had arrested an enemy, it would announce itself,” the head of the Guards, commander Mohammad Ali Jafari, told reporters, according to ILNA news agency.

Jaafari said news reports of Iran holding Levinson were nothing more than attempts by the Islamic republic’s “enemies to find excuses and weaknesses” about Iran.

Mystery shrouds the fate of Levinson, who disappeared on Iran’s Gulf island of Kish in March 2007.

US officials, including Secretary of State Hillary Clinton, have repeatedly called on Tehran to throw light on Levinson’s disappearance.

Iranian officials have previously denied having any information about the missing American’s whereabouts.

Jafari’s denial came a day after a revolutionary court put three Americans on trial for spying against Iran.

Shane Bauer, Josh Fattal and Sarah Shourd went on trial more than 18 months after they were arrested on the unmarked border with Iraq. Shourd was tried in absentia after she was freed and returned home last September on bail of around 500,000 dollars.

The Americans pleaded not guilty in the court on Sunday.

US: Iran ‘most active state sponsor of terrorism’