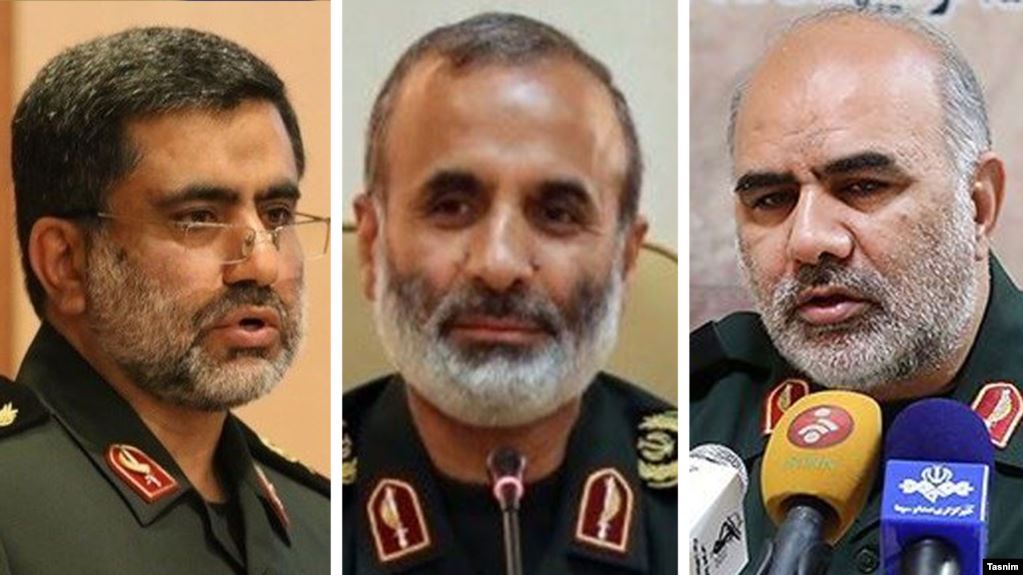 The spokesman of Islamic revolutionary Guard Corps (IRGC) has denied recent reports and rumors that several commanders have fled or have been arrested.

Ramezan Sharif was quoted Tuesday by IRGC-run Fars news agency saying that the rumors are enemy tactics “using criminal social media networks and media” have taken advantage of recent changes in the IRGC command to spread rumors about top commanders, their families to the effect that some have fled the country or arrested as spies.

In recent weeks there were rumors that well-known commanders have either fled Iran or have been arrested. Radio Farda refrained from reporting mere rumors, but now the IRGC has officially responded to these reports.

Sahrif insisted that individuals named are “active in new positions and are seriously performing serving their mission and carrying out their duties” and there have even been report about their public appearances.

Some websites had reported that General Mohammad Tavalaee, the former deputy of IRGC strategic affairs was arrested during an attempt to leave the country. These reports claimed that he was detained for his role in an Israeli operation that stole Iran’s nuclear archives.

Other reports pointed to the arrest of a general identified only by his last name, Rabiee. There were reports in May that Mostafa Rabiee was replaced as deputy of IRGC inspectorate.

Other rumors spoke of General Ali Nassiri’s escape from the country. He was also replaced two months ago.

In past years there have been occasional reports of IRGC officers arrested and reportedly executed on charges of spying for Israel.

Iranian political activist Reza Alijani told Radio Farda in 2018 that two officials in charge of the Israel desk at the Intelligence Ministry and IRGC Intelligence Organization had been arrested and executed on the charges of spying for Israel.

He added in his interview with Radio Farda that another official had handed over the maps of IRGC garrisons in Tehran to Israeli spies against receiving $60,000.

The three generals named by Ramezan Sharif, as well as some others were not heard of after Iran’s Supreme Leader Ali Khamenei appointed Hossein Salami as the commander-in-chief of the IRGC in April.

Salami replaced many of IRGC’s middle ranking commanders, while changes at the top level were made by Khamenei himself. In two of his latest appointments, he appointed Ali Fadavi as the acting commander of IRGC, and Mohammad Reza Naqdi as the IRGC’s coordinating commander.

Although some of these appoints have been reported by the media, there are still many ambiguities about the details of the changes within the ranks of the IRGC.