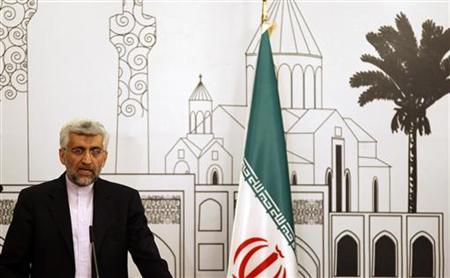 Iran has significantly stepped up its output of low-enriched uranium and total production in the last five years would be enough for at least five nuclear weapons if refined much further, a U.S. security institute said.

The Institute for Science and International Security (ISIS), a think-tank which closely tracks Iran’s nuclear program, made the analysis on the basis of data in the latest quarterly U.N. watchdog report which was issued on Friday.

Progress in Iran’s nuclear activities is closely watched by the West and Israel as it could determine how long it could take Tehran to build atomic bombs, if it decided to do so. Iran denies any plan to and says its aims are entirely peaceful.

During talks in Baghdad this week, six world powers failed to convince Iran to scale back its uranium enrichment program. They will meet again in Moscow next month to try to defuse a decade-old standoff that has raised fears of a new war in the Middle East that could disrupt oil supplies.

ith its uranium enrichment work in defiance of U.N. resolutions calling on it to suspend the activity.

It said Iran had produced almost 6.2 metric tons (6.83 tons) of uranium enriched to a level of 3.5 percent since it began the work in 2007 – some of which has subsequently been further processed into higher-grade material.

This is nearly 750 kg more than in the previous IAEA report issued in February, and ISIS said Iran’s monthly production had risen by roughly a third.

“This total amount of 3.5 percent low enriched uranium hexafluoride, if further enriched to weapon grade, is enough to make over five nuclear weapons,” ISIS said in its analysis.

It added, however, that some of Iran’s higher-grade uranium had been converted into reactor fuel and would not be available for nuclear weapons, at least not quickly.

Enriched uranium can be used to fuel power plants, which is Iran’s stated purpose, or to provide material for bombs, if refined to a much higher degree. The West suspects that may be Iran’s ultimate goal despite the Islamic Republic’s denials.

Iran began enriching uranium to a fissile concentration of 20 percent in 2010, saying it needed this to fuel a medical research reactor. It later expanded the work sharply by launching enrichment at an underground site, Fordow.

It alarmed a suspicious West since such enhanced enrichment accomplishes much of the technical leap towards 90 percent – or weapons-grade – uranium.

The IAEA report said Iran had installed more than 50 percent more enrichment centrifuges at Fordow, which is buried deep under rock and soil to protect it against any enemy attacks.

Although not yet being fed with uranium, the new machines could be used to further boost Iran’s output of uranium enriched to 20 percent.

ISIS said Iran still appeared to be experiencing problems in its testing of production-scale units of more advanced centrifuges that would allow it to refine uranium faster, even though it had made some progress.