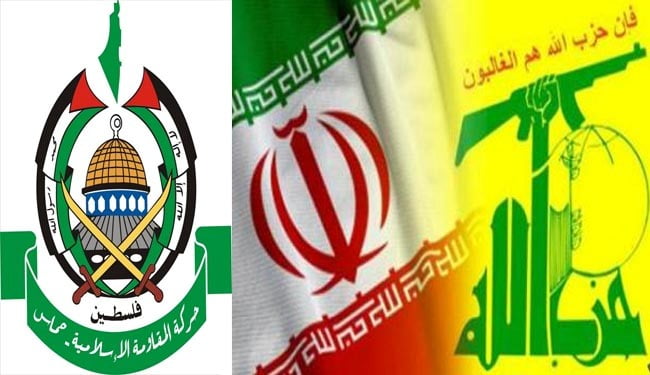 A political official in Hamas confirmed to Al-Monitor that Khaled Meshaal, head of Hamas’ politburo, has recently received phone calls from Tehran initiated by Ali Larijani, chairman of the Shura Council, Foreign Minister Mohammad Javad Zarif and a senior Revolutionary Guard officer whose name he did not mention.

Hezbollah Secretary-General Hassan Nasrallah called Meshaal on July 20. This was the first official contact between Hezbollah and Hamas since April, a Hamas official informed Al-Monitor.

Hezbollah’s official website reported that, during his phone call with Meshaal, “Nasrallah praised the steadfastness of the resistance fighters in Gaza,” stressing that he “stands next to the Palestinian resistance and supports its conditions to end the battle.”

Al-Monitor contacted a Palestinian official in Lebanon who mediated Hamas’ troubled relationship with Hezbollah, who said, “It is no secret that the relationship between the officials has not been great because of the crisis in Syria. But Iran contacting Meshaal through the head of the Shura Council Ali Larijani, Foreign Minister Javad Zarif and a senior Revolutionary Guard officer on July 7 encouraged Nasrallah to call Meshaal despite the Syrian boycott of Hamas. Therefore, Nasrallah contacting Meshaal has not had positive echoes in Damascus.”

The Palestinian official in Lebanon was probably alluding to the accusations of Syrian President Bashar al-Assad against Hamas on July 16, when Assad commented on the Gaza war and urged “the distinction between real resistance fighters, which we support, and amateurs who wear the mask of resistance according to their interests in order to improve their image or to consecrate their authority,” referring to the Hamas leadership.

A Hezbollah media official told Al-Monitor via phone from Beirut, “Syria has reasons that led it to have a rigid position when considering any reconciliation with Hamas, but we are confident that the Iranian diplomacy can find a formula between the two sides.”

Sources from Hamas and Hezbollah revealed that there were attempts made in the last couple of months — before the Gaza war — to restore the axis of resistance and restore communication between Hamas and the Syrian regime. However, these attempts failed as the conditions were not ripe.

A former member of the Iranian Shura Council and close associate of the decision-making circles in Tehran told Al-Monitor by phone, “Iran and Hezbollah’s contacts with Hamas did not find positive echoes in Syria, as Assad ‘vetoes’ the return of Hamas to the axis, which includes Damascus, Tehran and Beirut. However, Iran cannot remain idle as war rages in Gaza, while Hamas has made ​​a remarkable military effort. Although Iran was absent from the current military scene — despite the training it offered — it wants to keep up with the political and diplomatic developments, even if this was to anger the Syrian president.”

In response to a question by Al-Monitor about whether Meshaal may be invited to visit Lebanon soon and meet with Nasrallah, he said, “The party welcomes every ally and opens its doors to everyone. The Gaza war will have a major role in warming the relations between Hamas and Hezbollah, including providing assistance and support in all required fields.”

The same Iranian source told Al-Monitor, “The Gaza war was a suitable opportunity for Iran and Hamas to pump more blood into their chilled relationship. Meanwhile, Tehran wants to regain its alliance with

any regional power in the region, and Hamas has proven to be a party that should not be underestimated, regardless of our differences over other issues. The movement has actually showed steadfastness that lasted more than two weeks in front of the Israeli war machine.”

The Iranian source he expected Meshaal to visit Tehran soon, which Iran has repeatedly postponed this year.

“I expect Meshaal to visit Tehran very soon, after this visit was postponed several times, either to congratulate him on the Gaza victory or to renew the support that has recently declined. [Meshaal] will be warmly welcomed by the Iranian state, namely by the supreme leader-general of the revolution and all the decision-making departments,” the official added.

Another angle may help to improve the relations between Hamas and the axis of Iran and Hezbollah, which is Hamas’ tense relations with Egypt during the war.

A Hamas official in Gaza told Al-Monitor, “Hamas did not object to the renewal of the relationship with Iran and Hezbollah, as they are our allies and we share with them many years of cooperation and coordination, be it in political positions, financial support or military assistance, and despite the chilled relationship with them, we are keen to overcome any differences in order to support the resistance and confront Israel.”

The current regional pressure on Hamas to acquiesce to Israel’s terms in a cease-fire will push the movement closer to Tehran, the Hamas official said.

“The pressure that has been placed by some regional countries on Hamas to defer to Israel’s conditions for truce during the current war in Gaza, promotes improving the relationship with Iran, not at the expense of anyone, but out of a desire to expand the circle of friends and supporters,” he added.

The Israeli aggression on Gaza might have the counterproductive effect, as far as Israel is concerned, of restoring the broken ties between Iran, Hezbollah and Hamas. All three, despite the objections from Damascus, sense an opportunity to seize the regional circumstances and renew alliances. According to a Palestinian official based in Lebanon that has taken part in talks to revive ties between Hamas and Hezbollah, this also comes amid the flirtation between Qatar and Iran that may expedite the restoration of an alliance with Hamas, albeit still plagued by a number of problems.

Iran has found a new way to harass US warships, and it’s got the US Navy on edge

Journalist Siamak Ghaderi Fined and Sentenced to 4 Years in Prison

Authorities Responsible for the Lives of Prisoners on Hunger Strike